Beyonce’s father Mathew Knowles says he will buy baby Blue Ivy anything she wants — and he has a special lullaby that the new mom may find familiar. 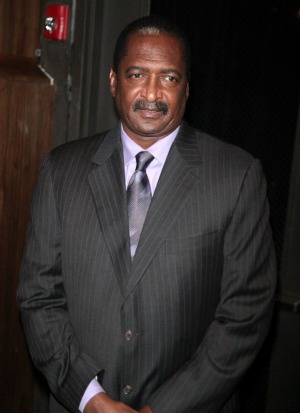 It is definitely a grandparents’ job to spoil their grandbabies rotten, but it is possible that Mathew Knowles might take it a bit too far. Beyonce’s dad said that baby Blue Ivy can be anything she wants — because he is fully prepared to buy her way in.

“If Blue Ivy wants to be a doctor when she grows up, then they would figure how to buy a hospital,” Knowles stated on British TV talk show Lorraine.

Knowles is part owner of the Chicago Sky WNBA team.

One thing is certain about Blue Ivy’s future: Music will be a huge part of it. In addition to her parents Jay-Z and Beyonce being huge stars, Beyonce’s father — who started the mega-watt singer on the road to stardom — makes sure he sings the same lullaby to the baby as he did to Beyonce and her sister. Hey, it worked for them, right?

“Two days ago I was in New York and Beyonce and Blue Ivy came over, and I saw her three weeks ago and she’s almost double the size,” he said. “These kids grow so fast.”

“I was singing a song that I used to sing to Beyonce and Solange, and I sang that song to Blue Ivy and it almost brought tears to my eyes because I remember singing it to them when they were babies.”

Sounds like Beyonce and her dad are back on speaking terms after her mom left him for fathering a child with another woman and Beyonce fired him from her management team.