We all know Jake Gyllenhaal has a killer hot body, but he’s also a killer — at least on film. Check out his dark new role in The Shoes’ music video for “Time to Dance.” 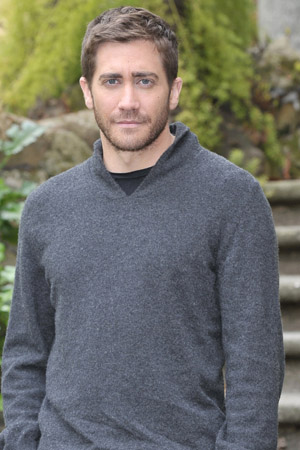 Jake Gyllenhaal has taken on a variety of roles over his career, including a gay cowboy, disturbed retail clerk and Taylor Swift’s boyfriend. His new role in a music video by The Shoes is probably the most disturbing, though, because he’s playing a serial killer with a penchant for fencing gear.

The video — released over the weekend — is for The Shoe’s new song, “Time to Dance.” In the video, Gyllenhaal is shown on a murderous streak in various locales around a European city, including inside an apartment, various bars and even an alley.

Think it’s a little extreme? The band behind the song doesn’t — they’re thrilled.

“When we released the “Stay The Same” music video last year with Daniel Wolfe, we were so blown away by his work that we had to bring him back for the “Time To Dance” video,” they wrote on their website.

“No other director understood our music like he did. We gave him our track, and today, he gives us the best music video, starring one of our favorite actors, Jake Gyllenhaal. We still can’t believe it!”

We welcome the return of Maggie Gyllenhaal‘s brother to the screen — we haven’t really seen him since Source Code was released in 2011. Luckily, he has the upcoming End of Watch, co-starring Anna Kendrick, out this year. He’s also rumored for a starring role in Motor City, a dark tale of a soldier framed for a crime he didn’t commit.

So, why is he taking on these dramatic, dark roles? He loves the challenge, of course.

“I love the puzzle of movie making. I love the kind of strange equation that comes out, when it works and when it doesn’t. I love the idea of putting pieces together and that if you change something here, it affects everything else,” he told the Miami Herald in 2009.