Piers Morgan is pulling no punches when it comes to how he feels about two mega-stars. Read on to find out what he had to say about Madonna and Kate Moss. Hint: There is no love lost. 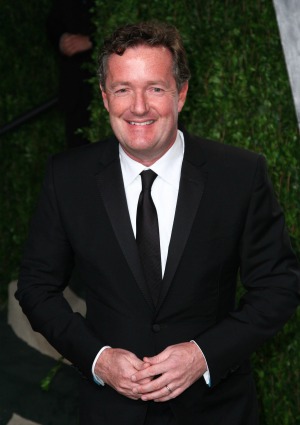 Neither Madonna nor Kate Moss are known for being as sweet as apple pie, but Piers Morgan says they are both absolutely unbearable.

In an interview with The Mirror, the TV host explained exactly why he has it out for these two mega-stars. He first took aim at supermodel Moss.

“She came up to me at some charity thing with Naomi Campbell and gave me a full, haymaking kick,” Morgan explained.

“And then the next time we had dinner in a restaurant, she was opposite me… and kicked me again.”

“She doesn’t like me, I don’t like her. She kicked me hard. Right on the shin, repeatedly. I looked at her and said, ‘Kate, why are you kicking me?’ She said, ‘Because I want to.’ And cackled. She was completely off her head.”

“And I replied, ‘Well, can you just stop kicking me, OK?’ She looked blank, and gave me another kick. It was a bizarre conversation.”

“Kate Moss is utterly horrific,” he added. “If people actually knew what she was like they would never, ever be interested in her again.”

“She’s just a real, spoilt little madam from Croydon. There’s nothing wrong with Croydon — I was brought up near Croydon. But she’s just a vile little creature.”

Next on Morgan’s hit list? Madonna, whose Super Bowl performance he’s already trounced as being like “watching your mad, drunk aunt at Christmas.”

“She’s a complete con artist and those arms are just terrifying,” he said of the “Girl Gone Wild” singer.

“It’s like watching Conan the Barbarian. She’s looking even more barbaric than ever at the moment, utterly grotesque.”

We think the women probably don’t give a crap what he thinks.