Jessica Biel is the cover girl for the upcoming issue of W magazine, but she’s not talking about her engagement to Justin Timberlake. However, she’s more than willing to talk about the dirty things she used to do with her Barbies. 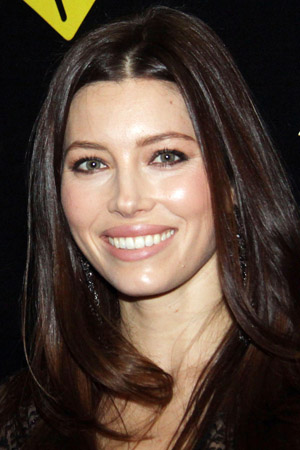 Jessica Biel is finally opening up on her engagement to Justin Timberlake by wearing her engagement ring in public. However, she’s still not talking about it, at least not to W magazine.

The Magic Mike actress is the cover girl for the fashion magazine’s April issue and dished on everything from her outdoorsy childhood in Colorado to her wild child days on the set of 7th Heaven. Basically, Biel said she was never really a girly girl.

“I never identified with girls, and the cast was all boys. Girls were nervous about going into caves; they were scaredy-cats — and I wasn’t into that at all. I loved the idea of being with a crew and having an adventure. I was really interested in pits full of snakes,” she said of her favorite childhood movie, The Goonies.

She did have Barbies, though we think the 53-year-old plastic doll wouldn’t approve of the sort of shenanigans Biel put her through.

“I did, but it was always, ‘Let’s play sex with Barbies!'” she said of her penchant for dolly dirty time. “My Barbies were usually naked. Once, I took their heads off, cut their hair, drew on their short, spiky hair with some markers, then stuck the heads on Christmas lights. Every year, we’d string our tree with those Barbie heads. It looked demonic. My parents were so cool — they saw it as a form of self-expression.”

Interesting, though we can’t deny we did (sort of) the same thing with our own Barbies.

The actress also revealed that she has a fight scene with another sexy actress, Kate Beckinsale, in their Total Recall reboot. Sorry, boys, it’s not supposed to be sexy, though.

“Our fight scene isn’t overtly sexy: just two trained fighters who happen to be women kicking the shit out of each other. It could be two dudes, but we just happened to have long hair and boobs and… other things,” she joked.