Demi Lovato is lashing out at cyber bullies who hide behind their anonymity on Twitter. Read on to find out what she had to say. 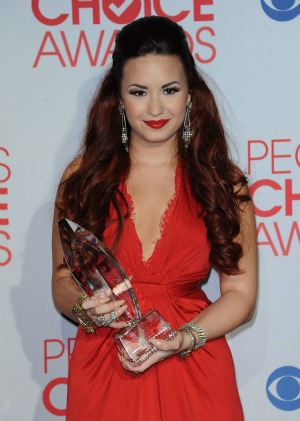 One of the suckiest things about the internet is that anyone can say anything without having to answer for it. The anonymity afforded by the medium allows people to think they can get away with saying incredibly cruel and hurtful things without consequence. Demi Lovato, for one, has had enough.

In a series of tweets posted yesterday, the singer/actress denounced cyber bullies and the harm they cause their victims.

“It really surprises me the hateful things people say on the internet,” Lovato wrote on Twitter. “After all the awareness of cyber-bullying… I mean wow. So sad.”

“Praying for all the people in the world who feel it’s okay to bully people over the internet because if you are one of those people, then… You must have had something really terrible happen to your childhood or you’re really sick in the head. Must suck to be born without a heart.”

It is unclear what caused Lovato’s outburst, but she has gone on record to say that being bullied as a child led to her parents pulling her out of school and tutoring her instead.

She has also joined the fight to have the R rating on the teen documentary Bully changed to PG-13, along with Ellen DeGeneres, Drew Brees and Avan Tudor Jogia.

“Please help repeal the R rating on BULLY,” Lovato wrote. “EVERYONE should be able to see it. Sign the petition.”