The Lorax, Dr. Seuss’s homage to the environment, beat out Disney’s $250 million Mars mission, John Carter, in an upset that everyone is buzzing about this week at the box office. 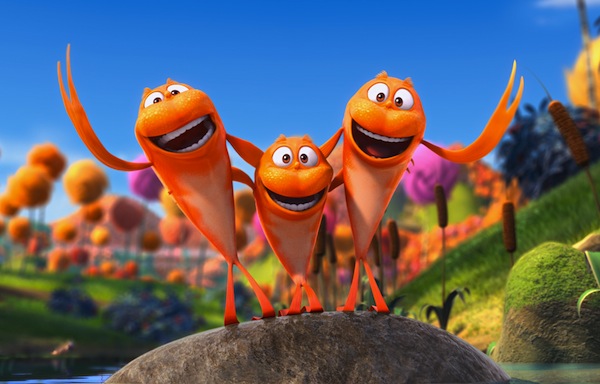 Hollywood insiders have been on pins and needles wondering if the big budget sci-fi action film John Carter could take down the lovable The Lorax for the number one spot at the box office this weekend.

Unfortunately for Disney, who spent a whopping $250 million on their production, the answer is no. The furry kids’ movie remake about the keeper of the trees, The Lorax, came in number one this week at the box office with an estimated $39.1 million, according to The Los Angeles Times.

John Carter, the on-screen adaptation of a book by the man who authored the Tarzan series, only took home an estimated $30.6 million, giving it the number two spot in the box office top 10.

Coming in third place is Project X, the teen party movie about doing everything your parents said not to do for one last rocking night of freedom. It grossed $11.6 million its second week at the box office, according to The Wrap. Holding on strong with $7 million, the Navy SEALs action film, Act of Valor came in fourth.

The horror film about a girl trapped inside her family’s lakeside retreat, Silent House, received a modest following also earning $7 million and tying for fourth place.

Coming in fifth place is Eddie Murphy’s A Thousand Words, earning a dismal $6.4 million. The film is about a book publisher who only has a thousand words left to speak before he dies.

Denzel Washington’s Safe House holds a spot in the top 10 with $5 million, having grossed $115.8 since its opening three weeks ago. The cat-and-mouse thriller is keeping audiences in their seats, albeit on the edge, and ranks seventh this week.

Another steady top-10 holder this week is the romantic drama, The Vow, which took audiences by surprise Valentine’s Day with its impressive opening. Earning an estimated $4 million, this Channing Tatum and Rachel McAdams love fest lands at number eight.

Rounding out the top 10 are the Rock’s biceps at number nine with Journey 2: The Mysterious Island and Reese Witherspoon’s love problem in This Means War at number 10.