Family feuds can be scary and sad, but the police thought that actor Michael Madsen took it too far this weekend in Malibu. 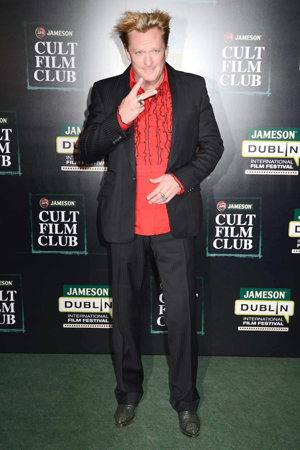 Desperate times call for desperate measures, right? That may be what actor Michael Madsen, who played the role of Budd in the Kill Bill films, was thinking just before he was arrested in Los Angeles on Friday afternoon. According to TMZ, the reason for his arrest was due to suspicion of felony child endangerment!

“It’s a family matter,” said the actor’s attorney, Perry Wander. “[Michael] found his son smoking pot and they got in an argument when he tried to take it away.” TMZ reported that the police responded to a call about a family dispute at Madsen’s home in Malibu.

Law enforcement states that Madsen had gotten into a physical fight with his son, who had several signs of injury by the time the police arrived at the Madsen residence. Additionally, Madsen also appeared to be under the influence of alcohol at the time of his arrest. The Kill Bill actor was then booked for child endangerment with cruelty to a child — a felony charge.

Madsen was transported to a nearby sheriff’s department on Friday afternoon and released early Saturday morning. “Oh, everything’s just fine,” he told TMZ upon release, and commented on his charge by calling the incident a “big misunderstanding.”

Thankfully, Madsen’s son was not in need of immediate medical attention, and the family has asked for privacy as they sort out the matter — peacefully, of course.