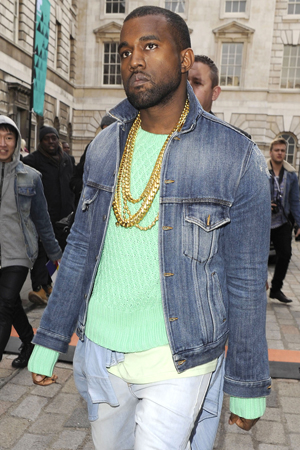 Hip-hop mogul Kanye West is loud at award shows, in his lyrics and even on Twitter. The rapper recently announced that he was moving to London in order to sharpen his skills for his women’s fashion line.

But not without ruffling a few feathers — the royal family is officially annoyed with Kanye West.

For several months now, West has set up camp at the Lanesborough Hotel — accommodations that are practically next door to Buckingham Palace. According to News Limited, he took over the top floor of the hotel and set up music studios and fashion workshops in multiple rooms.

Even more so, West — who will soon be joining singer Cassie on a “King of Hearts” remix — offered his hospitality to a few famous visitors, including Common, Pusha T and Big Sean.

“We went to London and we were right next to the Buckingham Palace and the royal family,” said Big Sean. “There were members of the royal family staying below us. Kanye had rented out the top floor and we was banging that b***h out.”

Of course, that upset the Lanesborough’s esteemed guests.

“Every room was a studio. The royal family below were complaining like, ‘We got all this loud-ass rap music above us and weed smoke.’ They paid all this money and you don’t expect to get these kind of complaints,” he explained. Maybe America’s not so bad after all, Kanye!

Prince Harry cheats during his trip to Jamaica
Pippa Middleton skis her famous butt off in Sweden
Kate Middleton speaks!