Glee producers promise the upcoming episode will be different from past tributes to Lady Gaga, Madonna, Michael Jackson and Britney Spears. 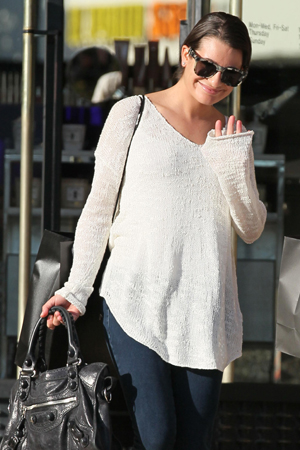 The timing was oddly appropriate when Amber Riley, who plays Mercedes, nailed a perfect rendition of “I Will Always Love You” in an episode that aired just days after Whitney Houston’s tragic passing. The farewell song intended for fellow character Sam on the Valentine’s Day episode became an unintentional tributary moment of sorts to the late singer — and just one song for such a legendary musician just isn’t enough for Glee.

E! News reports that the series is currently shooting a full-fledged tribute to Whitney Houston. The hour-long episode will include eight songs.

A reliable show source reveals to E! that this tribute episode will “not be a typical tribute” in comparison to the ones in the past that have honored Lady Gaga, Madonna, Michael Jackson and Britney Spears.

“It’s using Whitney’s music as a way to say goodbye,” the source says. “A way to respectfully say thank you for her music.”

However, the episode won’t only be a way to come to terms with Whitney Houston’s death, but also a “character piece” for the musical comedy’s seniors who will soon be letting go of high school — and each other. Glee’s first graduating class includes actors Lea Michele, Cory Monteith, Dianna Agron, Chris Colfer and others.

Yesterday, Lea Michele tweeted: “Starting a new episode today. A very special tribute to one of the worlds most amazing singers. Very excited about this one…”

No date has been set for the upcoming Whitney Houston tribute episode, but the remainder of season three resumes on Fox on April 10.