Jessica Biel is finally giving us a look at the one piece of jewelry we all wanted to see: Her engagement ring from Justin Timberlake! Check out the rock… it’s unreal! 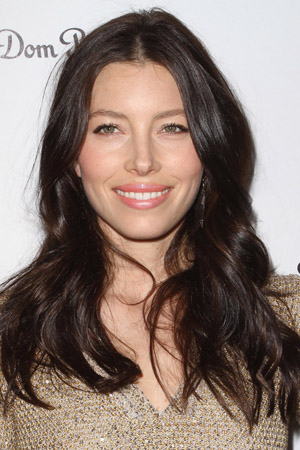 Guess it’s official: Jessica Biel and Justin Timberlake are engaged! Well, we already knew that — thanks to JT’s grandma — but Biel’s finally showing it off in public where (gasp!) photographers can see it.

The couple emerged in Brentwood, California on Thursday afternoon for an al fresco lunch with pals. An onlooker told People that the 30-year-old actress wore her huge rock and that the couple “could not have looked happier.”

Biel has reportedly worn the ring in public several times, though no one has managed to snap a picture until now.

The couple hasn’t set a wedding date yet — they’re reportedly working out the terms of their prenuptial agreement. Still, former *NSYNC bandmate Joey Fatone had some advice for his pal earlier this week.

“Don’t listen to all the BS. Especially in his situation, he and his fiancée [Jessica Biel] — I haven’t really talked to him about everything yet — but they’re both in the limelight as well,” Fatone told Parade magazine. “It’s tough for those celebrity couples. It’s really hard. My wife wasn’t in the limelight, which made it easier.”

The couple succumbed to the pressure of a high-profile relationship and split last year, only to reconcile several months later. It seemed like they’d get back together, especially after an interview the In Time actor gave to Vanity Fair.

“She is the single-handedly most significant person in my life. In my 30 years, she is the most special person, okay?… I don’t want to say much more, because I have to protect things that are dear to me — for instance, her,” Timberlake told the magazine.

Now, onto our next obsession: Their wedding date!