Britney Spears is about to occupy one of The X Factor judges’ seats vacated by the fired Nicole Scherzinger and Paula Abdul. Find out how much cash she’s reportedly getting for the plush television gig. 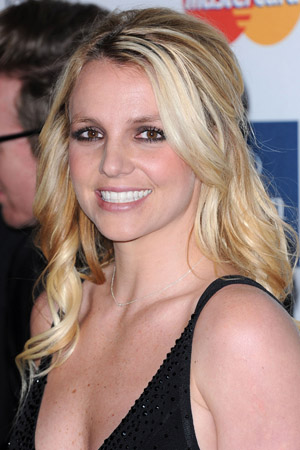 It pays to have an agent for a boyfriend, literally — just as Britney Spears! The “Till the World Ends” superstar is getting close to signing a deal for $10 million to judge The X Factor, according to The Hollywood Reporter (THR).

And just who is brokering this deal? Her fiancé, Jason Trawick, of course!

Well, that’s not entirely true: A source told THR that X Factor creator Simon Cowell was the first one to approach the deal after he let Paula Abdul and Nicole Scherzinger go earlier this year. He teased the new additions to the judges’ table a few weeks ago, saying “there’s going to be a lot of twists and turns over the next few weeks and a lot of things we’re going to announce.”

This is the only real credible rumor to come out of the show’s shakeup — another rumored replacement, Janet Jackson, quickly shot down the rumors early this month.

“[I’m] very flattered that X Factor let me know that I was being considered for next season, but it just wouldn’t be possible,” Jackson said.

Mariah Carey and the late Whitney Houston were also once rumored to be a part of the show, as was Beyoncé in an absurd $500-million dollar deal.

Avril Lavigne also wanted in on the action, according to TMZ.

“According to our sources, Avril had her people reach out to the folks at X Factor to let them know she’d like to be considered for the job. Our sources says Avril feels that since she came up in the biz at such a young age, she can mentor the kids on the show the right way,” the website wrote in February.

It sounds like Cowell and his team want to drag this out as long as possible — they definitely need the buzz.

Oh, and just for fun — watch Britney Spears morph from childhood until today: