Alexis Stewart has welcomed a son via surrogate! Congratulatory wishes are in order for the whole family — just don’t call Martha Stewart “grandma.” 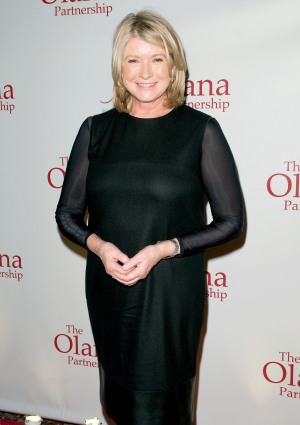 It’s a boy for Alexis Stewart! The daughter of crafty mogul Martha Stewart has welcomed a son via surrogate, making her now the mother of two.

Alexis Stewart‘s son Truman was born via surrogate on March 6, People has confirmed, though no further details about the little boy’s birth are yet available. Two days after Truman’s arrival he had a party to attend — the first birthday of big sister Jude!

Martha Stewart’s first grandchild was born on March 8 of 2011, also via surrogate. After her arrival 46-year-old Alexis, who struggled through years of fertility treatments before choosing surrogacy, commented, “Getting Jude was lucky. I’m happy, but this has been rough.”

Yet while everyone is surely overjoyed to have Truman as the newest member of the family, Martha Stewart isn’t too keen on being known as the grandmother of anyone. After word broke Alexis Stewart’s baby girl had arrived last year, the new mom shared the news with her morning radio show listeners — specifically mentioning who was to be called what going forward.

“Martha is going to be called, ‘Martha,'” the Whateverland author shared of the plans for how Jude would come to refer to her grandma. Now that the 70-year-old is technically the grandmother of two, perhaps she’ll be ready to own up to the title?

Congratulations to Alexis Stewart and big sister (we can call her that — right?) Jude on the arrival of Truman to the family!

Do you think it’s time for Martha Stewart to own up to being a grandma?