Miley Cyrus engaged in spiritual warfare with some fans after tweeting a message that gave science priority over Jesus. What did the star have to say? 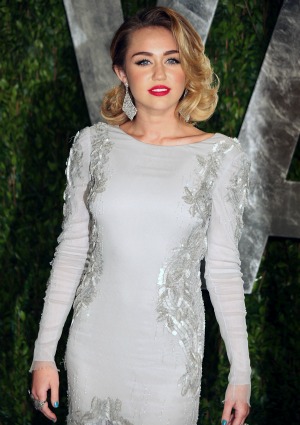 Is Miley Cyrus turning her back on religion? Once a die-hard Christian who went so far as to wear a purity ring, the teen star has long since shed her pious image and gone crazy with the alleged drug use and the swearing and the PDA with her boyfriend Liam Hemsworth and the skimpy outfits. Now she’s quoting physicists instead of scripture and some of her fans just are not having it.

Cyrus raised the ire of some fundamentalist fans when she shared a science-y quote on her Twitter page.

“‘You are all stardust,” she wrote, quoting the Big Bang theory (the science, not the TV show) physicist Lawrence Krauss. “You couldn’t be here if stars hadn’t exploded, because the elements (carbon, nitrogen, oxygen, all the things that matter for evolution) weren’t created at the beginning of time. They were created in stars. So forget Jesus. Stars died so you can live.'”

Miley Cyrus: Christians need to get their facts straight >>

Cue the Christian fan freak out. Cyrus received hate messages from those who dispute the theory in favor of Creationism, telling her to go to hell.

Miley responded to her critics online, tweeting, “How can people take the love out of science and bring hate into religion so easily?”

She even pulled out another quote from an even more famous scientist to drive her point home — and demonstrate that science and religion are not necessarily mutually exclusive.

“It makes me sad to think the world is this way. Like Einstein says ‘Science without religion is lame. Religion without science is blind,'” she wrote.

Tell us: What do you think of Miley’s universal musings?