The Talk will live to chat another day. CBS has officially renewed the series for 2012-2013. After a rocky year, the daytime series has shown great improvement and will be sticking around a little longer. 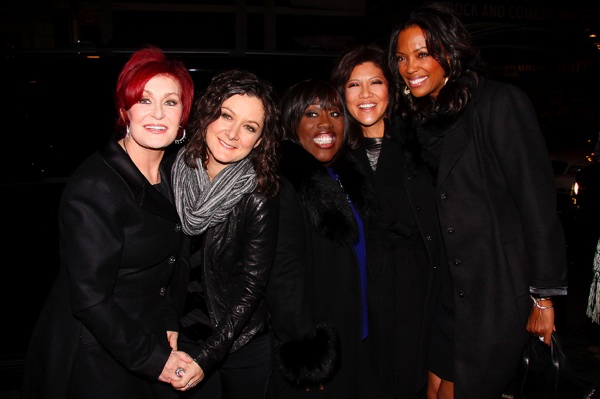 David Stapf, president of CBS Television Studios, released a statement congratulating the talented ladies on their past and future seasons.

“We’re proud that The Talk has already established great brand identity in only its second season. Much of the success can be attributed to our hosts’ chemistry and the work of our producers, whose selection of topics and guests are clearly resonating with viewers.”

The Talk preview: The new women of daytime >>

After a mediocre start, The Talk has found its footing. It currently averages 2.16 million viewers, and is leaving its competition, ABC’s The Revolution, in the dust.

During its first season, which debuted in 2010, The Talk hit a rough patch with the exit of Holly Robinson Peete, Leah Remini and Marissa Jaret Winokur, who were quickly replaced by Tyler and Underwood.

Since then, the show has experienced a steady ratings boost. According to The Hollywood Reporter, during February sweeps it had “a four percent bump in total viewers (averaging 2.27 million), 10 percent gains in women 25-54 (1.1 rating) and 13 percent growth among women 18-49 (0.9).”

That’s industry speak for more people are watching. Thanks to their faithful viewers, the hosts will continue to yap it up.

Keep up the good work, ladies!

Are you a big fan of The Talk?