It’s March — the month of Mad Men‘s highly anticipated return to AMC! So what were those negotiations about that pushed Season 5 back so many months? 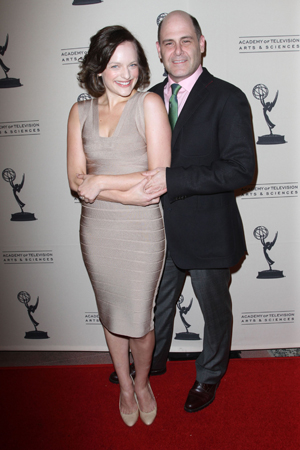 In a new interview with The New York Times, series creator Matthew Weiner finally shares what exactly happened during those tense negotiations that almost put Mad Men off the air for good.

“I quit,” he said. “I had come to terms with the fact that it was over. And I always end every season like it’s the end of the show.”

However, the show’s future looked grim following the end of Season 4: “There was a terror in me that someone else would come in and do it. And I don’t know how they would do it, but I would have to live with that. In the most protective and demanding way, I did not feel that it was worth going back to work to make a show that was not the show I’d been making.”

What were the negotiations circling around? Shortening the length of the show’s weekly episodes about the advertising world of the 1960s in order to fit in more commercial breaks and advertising spots.

“I had this argument with my wife, where I said: ‘You don’t understand — it’s not just a matter of changing the show. I don’t want to go to work and do it different. I just figured out how it works,'” he explained. “This is what the audience likes, these are the characters the audience likes, and this is the length of the show. And I definitely feel that the longer part of the show is part of its commercial uniqueness. And it’s a scarce product to begin with. There’s 13 a year. So you have to give them that in the form it is. It’s like changing a novel into a short story, to me.”

Thankfully, “in the end, everything worked out,” and Mad Men’s return is coming back in a big way.

“I like to think the way the audience does, and it’s been a long time and I’m bummed about that,” said Weiner. “That’s why I have a two-hour premiere. I did not want to be gone. Here is a double helping. Stuff yourself. Don’t be like that snake that Don talked about and choke on it.”