Dionne Warwick, the cousin of Whitney Houston, said the icon’s death was as much of a shock to her family as it was to the rest of the world. Read on to find out what was said in their last conversation. 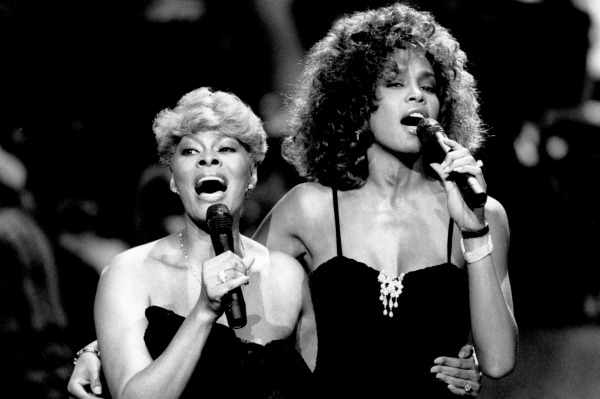 Dionne Warwick has broken her silence on the death of her cousin and close friend Whitney Houston — and she shared their final conversation during an interview today with Good Morning America.

“I spoke to Whitney the day that she passed,” Warwick said. “I spoke to her that morning. She said, ‘You’re here, aren’t you? You’re coming to the party, aren’t you?’ I said, ‘Yeah, I’m going to be there’ and she said, ‘Thank you, I want you to be here. You’ve got to be here for me.'”

Houston was scheduled to appear at Clive Davis’ annual Grammy party, held the night before the awards in the same hotel where the singer died. Warwick was to accompany her.

Aretha Franklin: Knock off the BS about Whitney Houston’s funeral >>

“I spoke to her that afternoon once I landed in L.A. and that was it,” Warwick, 71, explained. “She was so up and ready and happy. She had everything in the world to live for. She had a new film that was an absolute dream to make and do. She was getting ready to go back into the studio to record. She was getting her vocals together.”

Just a short while later, Houston lay lifeless in her bathtub, thought to have been felled by a fatal combination of Xanax and alcohol.

“It’s very, very surreal. It hasn’t really sunk in yet,” Warwick said, calling Houston, “the little girl I never had.”

“I have not had an opportunity to really mourn or completely break down, which I will do, I know that.”

Meanwhile, she’s busy making sure Whitney’s mom Cissy Houston and daughter Bobbi Kristina have all the support they need.

“I am so proud of her,” Warwick said of Cissy. “She has her moments, of course… but I think she’s coming to terms with it, just about now, the realization that it has happened — it’s not an easy thing for a parent to lose a baby.”

Bobbi Kristina, who just inherited her mother’s entire fortune, is getting plenty of help, too. “That’s the one thing I love about my family,” Warwick said. “We are family. She has the support that she actually needs.”