Heard of Kony 2012? If not yet, you likely will soon — and so will a whole list of celebrities being targeted by the high-tech grassroots campaign. 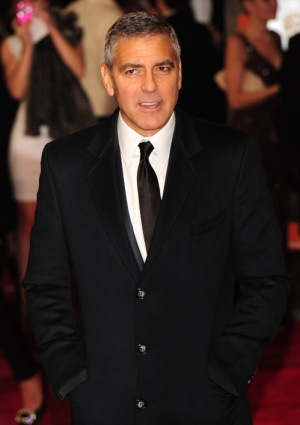 The Kony 2012 campaign is in full force, calling on you and an assortment of famous faces to spread the word about the Invisible Children. Just what is Kony 2012? The better question to ask is perhaps “Who is Kony?”

As described by the Kony2012 website, Joseph Kony is the world’s worst war criminal, notorious for kidnapping children and forcing them to serve in his army. Yet there’s good reason to make this despised man famous — or rather, infamous.

With the help of social networking, celebrities and policymakers, Joseph Kony’s 26-year history of crimes will become known worldwide. By making Kony as famous as George Clooney, the Kony 2012 campaign will “raise support for his arrest and set a precedent for international justice. In this case, notoriety translates to public support… [we] will unite to stop him.”

The 20 celebrities listed as culture makers (“when they speak, the world listens”) targeted by Kony 2012 are:

The best way to understand the history behind, and aim going forward, of the Kony 2012 campaign is to watch the video that has gone viral. Set aside half an hour to see what the web is talking about — and while you’re at it, grab a few tissues just in case. Heartstrings will be tugged.

KONY 2012 from INVISIBLE CHILDREN on Vimeo.

Which of the celebrities being targeted by the Kony 2012 campaign do you think will follow through with support?