Kristen Johnston reveals a shocking drug habit and the horrifying incident that almost ended her life in a truly disgusting way in her new memoir. 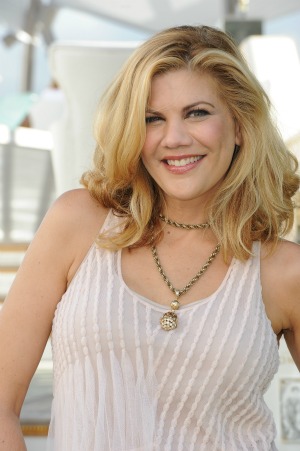 Want to keep your kids off drugs? Tell them this nasty story about how Kristen Johnston‘s stomach literally melted apart all over her abdomen and her intestines exploded after years of popping prescription pills like they were candy.

The Emmy Award-winning actress describes her shocking years of drug abuse in her new memoir Guts: The Endless Follies and Tiny Triumphs of a Giant Disaster.

“I’m a pill-popping lush. I’ve been in recovery for five years, and I’ve worked my ass off to prevent a relapse,” she revealed.

The Third Rock from the Sun actress said things started going very wrong in 2006 when she was appearing in the West End show Love Song with Cillian Murphy and Neve Campbell.

“Opening night, and we were a smash hit,” Johnston wrote. “Then the next night my intestines ripped open.”

“A thousand knives instantly plunged into my stomach… [I was] covered in blood and vomit, sweat pouring down my face, sobbing like a four year-old.”

“My perforated tummy had leaked out my stomach contents which had filled up my body, preventing my diaphragm from moving.”

Read on for more drinks, drugs and rehab on SheKnows >>

Even after such a serious medical incident, she went back to using and found herself hospitalized again just weeks later. “I wanted death, I welcomed it,” she wrote. “Without warning, [the doctor] cut a hole just below my left rib cage and shoved a tube into me, which immediately began draining… this yellowy-green liquid.”

“The nurse kept taking the full [bottles] away, and a new one would fill up immediately.”

After a few more relapses — yes, really — she checked herself into an Arizona rehab facility and has never looked back. Her intestines are grateful.