Whitney Houston’s will has been filed, and one person will reap her entire estate. Who gets it all? 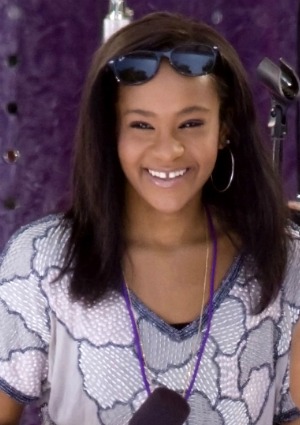 Forget about “I Have Nothing.” One lucky girl is going to have everything as soon as she turns 21.

Whitney Houston‘s will has been filed in Atlanta, and the document states that her only child, daughter Bobbi Kristina Brown, is the sole heir and beneficiary of her estate.

Bobbi Kristina will open up to Oprah >>

The will, written in 1993 when Whitney was still pregnant with her daughter, states that Bobbi Kristina gets everything, including money, cars, jewels, homes, furniture, clothing and personal effects.

It will all be held in trust until Bobbi Kristina turns 21 when she will inherit a portion of the estate, with the other parts doled out when she reaches the ages of 25 and 30. She just turned 19, but if she needs cash before she comes of age the trustees — including Whitney’s mom Cissy Houston — can give it to her for things like college tuition, starting a business or buying a home.

All told, the estate is currently valued at around $20 million — and that does not include future earnings. If handled correctly, like the estate of Michael Jackson, it could earn Bobbi Kristina countless millions more.

While the original document named Whitney’s ex-husband Bobby Brown as a backup heir in case their daughter was deceased herself when the singer died, a later codicil removed him entirely — meaning he won’t see a penny of Whitney’s cash.