One good thing came out of Kris Humphries’ marriage to Kim Kardashian: It got his younger sister, Kaela Humphries, noticed by modeling agents. Now, she’s signed with Ford Models. 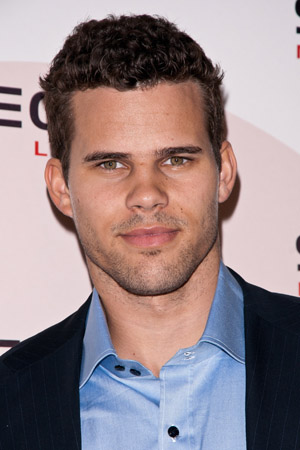 Kris Humphries might not be involved with the Kardashian family anymore, but his sister is also a reality star. Kaela Humphries — featured on the CW’s Remodeled — landed a contract with Ford Model’s plus- size division, she revealed on Wednesday.

“So excited to be working with the team @fordmodels!” she tweeted. “This is going to be a great 2012! Stay tuned:)”

Kris‘ older sister, 29, appeared on the first season of the CW docu-series, though the mastermind behind some of the world’s most famous models, Paul Fisher, told Zap2It that he didn’t like using the term “plus size.”

“Kaela, they call her a plus-size model. I don’t even know what this word plus means. She’s normal. She’s perfect. She’s beautiful,” he said. “They should call our models skinny people. The whole thing is wrong. It’s backwards. It doesn’t matter if she weighs 160, 180 — it’s completely irrelevant.”

“There is a huge market for plus size models in the industry,” she said.

The former high school athlete said she gained weight once she stopped training, though she plans to get back into shape with the help of a trainer.

“I love being a part of the Healthy is the New Skinny team because we are focusing on what makes each individual beautiful and strong whether a person is 5 feet tall or 6’3, 100 lbs. or 200 lbs., lanky or curvy,” she told the blog Healthy is the New Skinny in 2010. “Everyone is created with different attributes and that is what makes us beautiful. I believe that there is nothing sexier when a woman is confident in her own skin no matter what size she is.”

Do you think Kaela Humphries will make a good model?