Don’t be fooled by his smile, Jake Gyllenhaal’s out for justice. The actor will play a man on a mission in the upcoming thriller, Motor City. He’ll go head-to-head with Gary Oldman, who knows a thing or two about playing a bad guy. 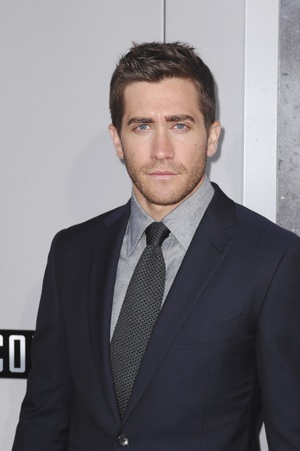 Jake Gyllenhaal will take a walk on the wild side for his next film, Motor City. The actor is in talks to play the lead in the thriller directed by Albert Hughes (The Book of Eli).

According to The Hollywood Reporter, Motor City centers on “a small-time hood (Gyllenhaal) who is framed and sent to prison by a drug trafficker, only to relentlessly exact revenge years later to get back the woman he loves.”

Oscar-nominated actor Gary Oldman (Tinker Tailor Soldier Spy) has been cast as the villain, while Amber Heard (The Rum Diary) will play the female lead.

Originally, British actor Dominic Cooper was set to headline the film, but dropped out due to scheduling conflicts.

Motor City was written by Chad St. John, and will be produced by Joel Silver and Andrew Rona.

Last year, Gyllenhaal appeared in the sci-fi film Source Code, which grossed over $147 million worldwide. It was directed by Duncan Jones and co-starred Vera Farmiga and Michelle Monaghan.

Gyllenhaal recently wrapped the cop-centric End of Watch, which is described as a found footage/drama hybrid. It will feature POV and hand-held shots taken from both the cast and crew’s point of view.

Gyllenhaal also stars in the upcoming comedy Nailed, alongside Jessica Biel and James Marsden. The film centers on a small town waitress who gets a nail accidentally lodged in her head. The incident takes her to Washington where she meets a young senator and sparks fly.

What do you think of Gyllenhaal’s latest role? Can you see him as a bad boy?