Jason Segel isn’t afraid of getting nude onscreen — and he’s doing it again! The 5 Year Engagement actor is going to drop his drawers and expose himself in the film. Find out how his co-star, Emily Blunt, felt about it. 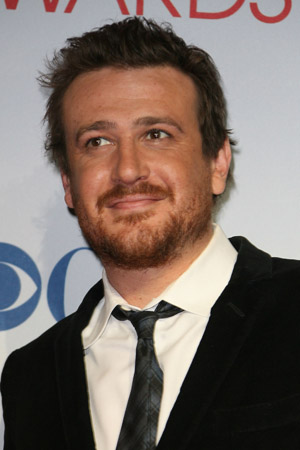 Segel’s co-star in the film, Emily Blunt, let all the details slip during the premiere for her new movie, Salmon Fishing in the Yemen.

“Jason was happy to get that thing out at all times,” she joked to E! News. “He seems to be very willing.”

Blunt wasn’t on set for her pal’s big debut, though. “I didn’t want to see it!” she laughed. “I don’t know if they chose the wide shot or the close up. I don’t know it they’re gutsy enough.”

Segel really must like showing off his package — he broke his own promise not to show it off until he was awarded People’s Sexiest Man Alive. “I said I wouldn’t do full frontal again, but I don’t know,” he told iVillage.com in 2010. “If you can get me world’s sexiest man, I will do full frontal again. How about that?”

“He’s such a buffoon,” Blunt said lovingly. “He’s my friend and he wrote it for us, and it was great because he knows my voice so he wrote it with me in mind, which is really fun.”

We’re not going to lie: This movie looks pretty hilarious — and the little “bonus” is just another reason to see it, right ladies?