Jessica Simpson reveals that she didn’t initially speculate that she was expecting via a home pregnancy test. How exactly did she know? 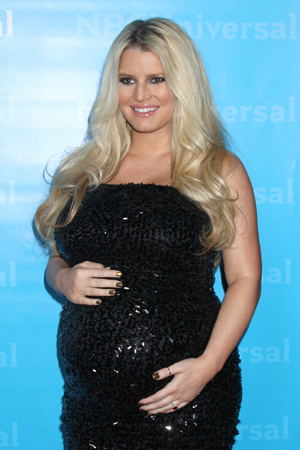 Pop singer and mentor of the upcoming fashion reality competition Fashion Star, Jessica Simpson, says that she somehow knew she was pregnant before taking any kind of pregnancy test. Whether it was from her body or from her future daughter, she says she felt guilty about her pre-pregnancy plans.

“We were goin’ to have an all-day drinking binge,” Simpson told Elle of her plans with fiancé Eric Johnson, not shy about saying so. “Gonna ride our bikes, hang out… do naughty things. But I started feeling this overwhelming guilt. Why would I feel guilt at the idea of going out and having cocktails with my friends?”

After receiving these subconscious messages, Simpson then took a home pregnancy test and learned that she was expecting.

“I’m a free-spirited girl, but giving up my scotch? My Macallan 18? That was hard for me!” she says. “Though now that doesn’t even sound good, being pregnant. You crave other things. A big thing of water sounds great!”

Will her daughter inherit her savvy sense of style or Eric’s athleticism? Simpson joked about the topic with her Dallas accent, “Ah swear, ah will croak if she asks me for a pair of Nikes instead of Christian Louboutins! Eric is so athletic. We’re gonna have this ath-a-letic girl and I won’t even be able to take her shopping.”