Raven-Symoné is picking up where Whoopi Goldberg left off: She’s starring in a Broadway revival of the popular Sister Act movies. 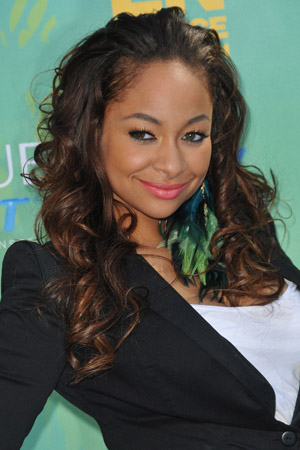 Raven-Symoné has come a long way from her days on The Cosby Show — now, she’s on her way to becoming a nun.

Yep, the former Disney Channel star is putting on her habit and taking her talents to Heaven — on Broadway, of course. The newly-svelte actress is taking over the role made famous by Whoopi Goldberg in Sister Act on Broadway, starting March 27.

The 26-year-old has been in rehearsal from “sun-up to sun-down” to “make sure I have everything down” for her debut on March 27. Tony winner Patina Miller currently holds the role — her last performance will be March 18.

“I can only do what I can do,” the actress told The Huffington Post of her take on the lounge singer-turned-nun. “The role is written so well that I don’t want to deviate too far from the character that she already is.”

Goldberg is producing the music, so Raven will get input from the role’s originator — not that she needs it, though. The actress doesn’t lack for confidence, that’s for sure.

“I thought I looked fabulous before and nobody else did,” she told People of her 2011 weight loss. “So, whatever.”

“Actually, now I wear bigger clothes because I don’t like the way people stare at me,” she added. “I liked it before. Now, you’re just looking at me for the wrong reasons. Before, you were actually looking at me for a real reason.”

Well, we’ll all be looking at you on the Broadway Theatre stage, Raven! We’re expecting her to kill it, especially since she’s studying the original.