Desperate Housewives executive producer Marc Cherry admitted in court that he did put his hands on Nicollette Sheridan during an argument. However, he’s saying it wasn’t as bad as she claims. 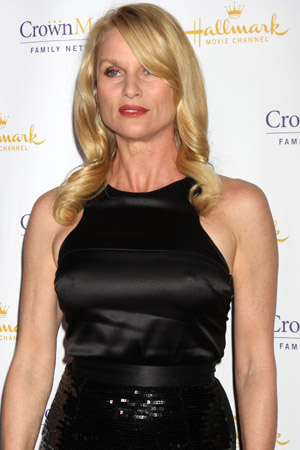 Former Desperate Housewives star Nicollette Sheridan received at least some validation that she was telling the truth about her former boss when he admitted to hitting her during an argument.

However, Marc Cherry doesn’t agree that he “walloped” the blonde actress, as she claims in her wrongful termination and battery lawsuit.

“I tapped her head,” he told lawyer Mark Baute when questioned about his decision to kill off Sheridan’s character, Edie Britt. Baute then asked what he used to tap her head. “My fingers.”

He said the finger tap was a demonstration of a pinch he wanted Sheridan to give her on-screen husband. However, a tearful Sheridan maintains that the fight was used to dismiss her from the show. However, ABC exec Mark Pedowitz told jurors that he approved the character’s gory send-off from the show months prior to the incident.

“The character in my mind had run its course,” Pedowitz said.

Cherry also said he wanted her off the show for a few reasons: He wanted to create a buzz for the waning series, cut costs and get rid of Sheridan and her increasingly erratic behavior on set.

“Writers could only do so much with the character,” another ABC exec testified. “There were only so many husbands she could sleep with.”

However, that’s not how Sheridan sees it.

“It was shocking, humiliating, it was demeaning,” she said, adding that Cherry got on his knees to beg for her forgiveness. “I am on bended knee begging for your forgiveness,” Sheridan testified.

She didn’t accept it and later said she wanted another apology.

“I thought he could at least apologize again and send me flowers,” she said. The trial continues today in Los Angeles.