Since Trista and Ryan are the prototype for all Bachelor and Bachelorette couples, we thought who better to chat about the nitty-gritty of romance with? From one Bachelorette to another, Trista Sutter has some heartfelt advice for Emily Maynard. 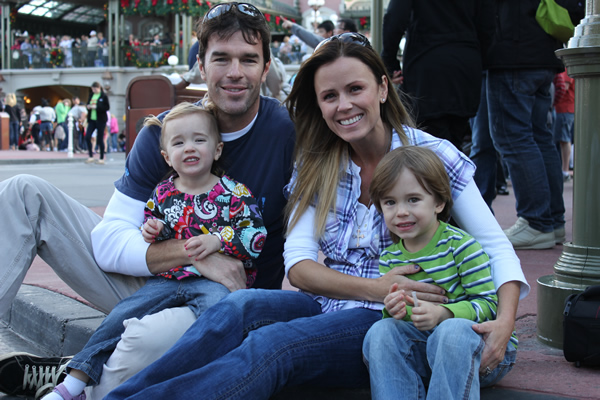 What can Emily learn about love from the Sutters? Trista offers her heartfelt advice to Maynard.

“Take advantage of downtime. As a single mom, I assume any time away from shooting, Emily will want to be with her sweet daughter,” said Trista who used her downtime to journal. Though some fans might speculate on the difficulties of finding love because she is a single mom, Trista knows how bringing children into the picture can show a man’s strong suit. She and Ryan have had two children since getting married after The Bachelorette: Blakesley and Maxwell.

What do we think? It will definitely bring a whole new level of trust onto the show, something much deeper than defying heights and other fears together.

“[Since becoming a father,] I have seen his inner creativity shine,” she said, and even though she knew he was calm and collected when they met on The Bachelorette, “I found out firsthand [after having kids] how incredibly calm he is during an emergency.” Something she feels speaks volumes about the ability to be comfortable around each other.

She also wants to remind Emily to enjoy the ride, “Stay in the moment as much as possible and take time to smell ALL the roses. If you don’t feel it, you can’t force it.”

One of the biggest strikes against going on the show is the big step you take out of the limo and into the public eye. In a past interview with Chris Harrison, Emily admitted that this was a big struggle for her and her daughter Ricky as the public became obsessed with her relationship with Brad.

“Don’t read comments on blogs!” Trista warns Emily after learning the hard way. “I can’t imagine that anyone would have anything negative to say about Emily, but it’s best to stay away.” One situation that’s hard not to be criticized for? The fantasy suite. But Trista gives SheKnows some insight to the matter.

“For me, the fantasy suite was much more important for saying goodbye to the cameras and really getting a feel for what the relationship would be like away from the show.” To Emily she says, “Don’t worry about the chatty Cathy’s who have their own opinions about what happens behind closed doors.”

As for Trista and Ryan… 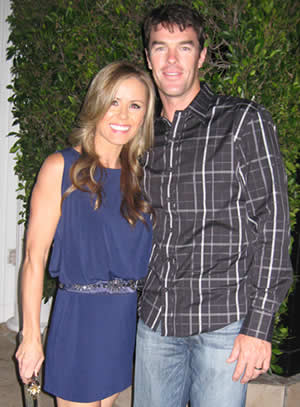 It does work. “With time, I have fallen into a much deeper love,” said Trista.

Judging by Ryan’s gift to Trista on their seventh anniversary, they’ve still got the spark! “Ryan got me a pound of pennies and for each of those pennies he wrote something he loves about me,” she told SheKnows.

Cue the “Awwww!” How exactly have they gotten to this point? Amongst trust and respect with some good chemistry mixed in, they stay focused on the positive.

“It may be infinitesimal, but if you hold on to the memory of why you fell in love or the hint of a smile that they gave you from across the room, you should be able to conquer all the negativity.” Trista also told us that she still has the stuffed Shamu that Ryan gave her on their first one-on-one date.

The couple also makes sure to laugh a lot as frequent users of the that’s-what-she-said joke. “Juvenile, yes… but also hysterical,” she comments.

And The Bachelorette designs…

In life after The Bachelorette, while being a wife and mother, Trista also designs regularly for a children’s clothing line with Vintage Couture. Here’s a little look book of the darling momma’s darling designs: 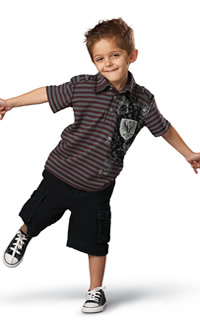 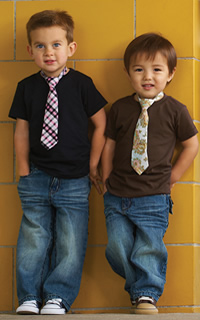 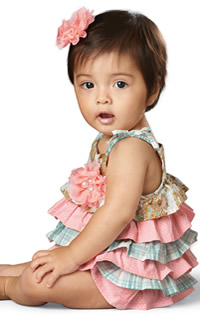