Connie Britton’s heading back to television. After a successful stint on FX’s American Horror Story, the Emmy-nominated actress is shifting gears. She’s going from terror to tunes in the country music pilot, Nashville. 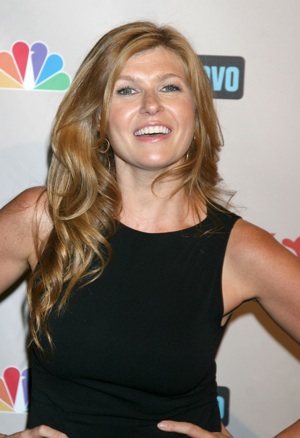 Connie Britton is on the move. The former Friday Night Lights and American Horror Story star has landed a new gig. The actress will play a country diva in the upcoming pilot Nashville.

According to The Hollywood Reporter, Nashville is “a family soap set against the backdrop of the Nashville music scene revolving around one star at her peak and another on the rise.”

Britton will play a fading superstar named Rayna, while Heroes alum Hayden Panettiere has been cast as up-and-comer Juliette Barnes. Rayna goes on tour with Juliette as a last-ditch effort to boost her popularity.

Throughout her career, Britton has had great success on television and continues to reinvent herself with each show. Last Friday, she appeared at the Paleyfest panel for American Horror Story where she spoke about her love for the medium.

She confirmed that prior to signing on for the first season of AHS, she was aware of its anthology format. The limited commitment was one of the things that drew her to the series.

Nashville is being produced for ABC.

What do you think of Connie’s new gig? Will you tune in?