Is Paula Deen a raging racist or just a nice lady who likes ham? Her lawyer says a sexual harassment suit alleging racism is total bunk. Here’s why. 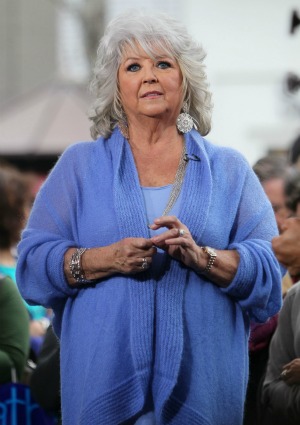 It’s not shaping up to be a great year for Paula Deen. First there was the whole diabetes fiasco, and now she is being sued for sexual harassment and accused of being absurdly racist. An odd accusation to make of someone who is pretty much BFFs with Oprah, right?

Deen’s lawyers sure think so. They say that Lisa Jackson, a former manager at Uncle Bubba’s Seafood and Oyster House owned by Deen and her brother, “makes false allegations against Paula Deen and they will be proven false in court.”

“She has made baseless, inflammatory allegations, threatening to go to the press and ruin Paula Deen’s reputation and the reputation of her businesses unless we paid her a large sum of money.”

“We refused to bow to that kind of pressure and refused to pay money to address false claims.”

The legal team is basically saying Jackson tried to extort Deen and now is going to the press in an attempt to wrangle a hefty settlement, most likely in an attempt to ease her own hefty financial woes. According to RadarOnline, Jackson owes almost $64,000 in back taxes from 2001 to 2005.

According to her suit, Jackson claims that Deen’s brother said “they should send President Obama to the oil spill in the Gulf of Mexico so he could n***er-rig it.”

Jackson also alleges that when planning her wedding, Deen told her, “Well what I would really like is a bunch of little n***ers to wear long-sleeve white shirts, black shorts and black bow ties, you know in the Shirley Temple days, they used to tap dance around. Now, that would be a true Southern wedding wouldn’t it? But we can’t do that because the media would be on me about that.”

Paula Deen was just featured on an episode of Oprah’s Next Chapter in which she welcomed the media icon and Gayle King into her home for the weekend, throwing a lovely slumber party and brunch. Oprah and Gayle are both black, in case you live under a rock, and Oprah and Deen are longtime friends. Not to use the “some of my best friends are black” excuse, but a person with the alleged level of racism in the suit wouldn’t actually have any black friends, would they?

Tell us: Do you believe that Paula Deen is a racist?