Will Ferrell was a bit of a late bloomer. The Casa de mi Padre star has opened up about losing his virginity and the priceless advice his mom had to share about her son’s coming-of-age experience. 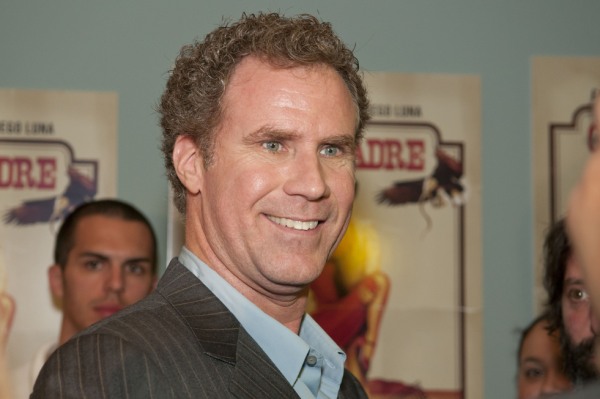 The story of Will Ferrell losing his virginity is almost sweet, until you get to the part where his mom weighs in. The comedian, who was 21 and a junior in college at the time of his deflowering by a nice co-ed, detailed the incident during his recent interview with Rolling Stone while promoting Casa de mi Padre.

“In my mind’s eye, it seemed like the way it was supposed to happen,” Will Ferrell recalled. His mom, however, assumed the deed had been done with a different, notoriously loose classmate. “She said, ‘If you slept with this girl, you’d better slap a condom on that pecker of yours.'”

Will Ferrell goes to Mardi Gras >>

Wonder if Mrs. Ferrell knew her son was also known to go streaking through the campus? The 44-year-old shared, “In college, they had this thing where you’d run naked on fraternity row, and if anyone challenged me, I’d be happy to do it.”

If you’ve seen a Will Ferrell movie, odds are you’ve seen the actor’s backside. Lucky you, he’s bringing sexy back to the big-screen again with more heinie in the upcoming Casa de mi Padre!

“I did full a** in Old School, but this is its longest appearance,” Will Ferrell said of his buttocks’ appearance in the Spanish telenovela spoof. Don’t be deceived however, what may look like a bare bum has actually undergone a little Hollywood treatment. Ferrell admitted, “Yes, someone had the either wonderful or horrible task of putting makeup on my ass.”

We, the fans, give thanks for both Will Ferrell’s comedic nudity and the makeup artist professionals.

Speaking of his new film the actor explained, “I can’t tell you where I first thought of Casa de mi Padre and I can’t tell you when, but a light bulb went off that said putting me in a Spanish-speaking movie with the cast being entirely Latino, and myself playing a kind of Latino actor, and the joke not being that I’m speaking poor Spanish, that it would be hilarious. I guess I did it specifically to raise the question ‘Why did you do this?’ It’s one of the craziest things I’ve done.”

Check out Will Ferrell in Casa de mi Padre here!