Most of Hollywood has spoken out against Kirk Cameron’s anti-gay comments, but at least one celeb is on his side: Stephen Baldwin. Find out what the Baldwin bro had to say about Cameron’s comments. 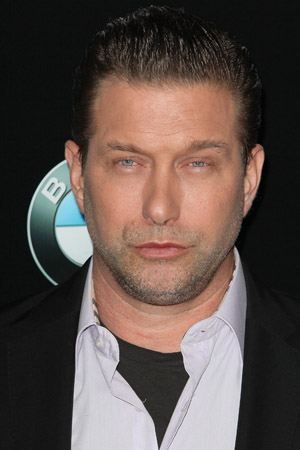 Kirk Cameron can rest easy at night knowing at least one Baldwin brother has got his back. Stephen Baldwin, the born again Christian Baldwin brother, spoke out in support of the comments Cameron made on Piers Morgan’s CNN show.

“GREAT JOB Kirk !!! Let’s pray one day Piers Morgan finds true Salvation, God Bless!” he tweeted in support. He was referring to the Growing Pains actor’s remarks that homosexuality is “unnatural” and he wouldn’t support his son if he came out.

Baldwin also got into it with outspoken Star Trek actor George Takei on HLN Monday night.

“I think it’s important to stand up and voice what he believes in,” Baldwin said. “When you say you’re born again and Christian in Hollywood, there are things that are going to come against you… according to the Christian faith, the nuclear family is the origin of what this country was founded on.”

“We have to remember yours is a faith-based opinion, and what we’re talking about is civil law, apart from your faith,” he told Baldwin.

Cameron doesn’t really need the support of the Bio-Dome star — he’s quite comfortable defending his remarks in public.

“I should be able to express moral views on social issues,” he told ABC News in an email. “Especially those that have been the underpinning of Western civilization for 2,000 years without being slandered, accused of hate speech, and told from those who preach ‘tolerance’ that I need to either bend my beliefs to their moral standards or be silent when I’m in the public square.”

We’re just wondering what Baldwin’s liberal brother, Alec Baldwin, has to say about his brother’s comments — and you know he has an opinion. He hasn’t made official comment, but his views are expressed on his Twitter page.

“Do whatever you want to do, whatever you have to do to be happy. So long as you don’t hurt anyone, just do it. You’ll regret it if u don’t,” Alec tweeted on March 5.