In Hollywood, most stars choose to marry other stars. While these celebrity relationships can be entertaining for tabloid readers, unfortunately many of them don’t seem to last in real life. Over the past couple of months, numerous big time celebrity marriages like Seal and Heidi, Demi and Ashton and others have ended. Gone are the days of the likes of Paul Newman and Joanne Woodward who were married for over 50 years. These days, it seems that stars who marry together often don’t stay together.

The new wave of long-lasting unions in Hollywood involves celebrities who have married outside of show business. At the recent Academy Awards, Meryl Streep won for Best Actress, and in her speech, she praised her husband Don Gummer saying, “First, I’m going to thank Don because when you thank your husband at the end of the speech, they play him out with the music and I want him to know that everything I value most in our lives he’s given me.”

Gummer is an artist, doesn’t work in the business and, yet, Streep finds him to be the balance to her life. Sure a celebrity might have a lot in common with another celebrity, but maybe two stars in the spotlight can make for a tempestuous result. Do opposites attract with a positive outcome?

Can non-celebrity married couples have a lasting union? It certainly seems to be the case with these six stars below and their non-Hollywood significant others. 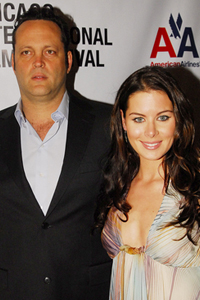 The star of such hit movies as Wedding Crashers and The Break-Up dated costar Jennifer Aniston. But after their relationship ended, Vince Vaughn went out of Hollywood and married Canadian real estate agent Kyla Webber. After their marriage, he told People magazine, “It’s the first time that I really want to have kids.” In 2010, they had their first child together. 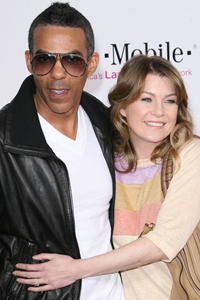 Grey’s Anatomy star Ellen Pompeo and Chris Ivery married in 2007 and welcomed a daughter in 2009. While we often see Ivery alongside his celebrity wife’s side on the red carpet, he has had a career behind the scenes as a music producer. Maybe this helps make sweet music in their relationship. 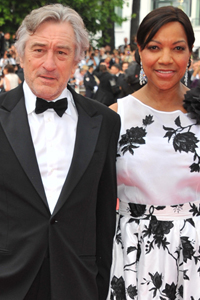 Robert De Niro had been married once prior to saying “I do” to flight attendant Grace Hightower. They renewed their vows in 2004, and their marriage has been flying the friendly skies ever since. It was reported recently that they welcomed a baby daughter via surrogacy. 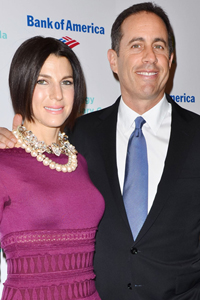 The Seinfeld star married the former public relations executive in 1999. They have had three children and Jessica has gone on to many successful entrepreneurial endeavors, including a bestselling cookbook. They also support various charities and founded the charity Baby Buggy, which helps poverty-stricken families with clothing and products. 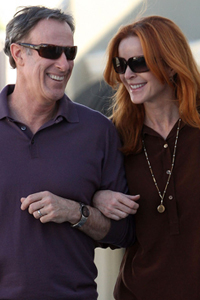 The Desperate Housewives star married the stockbroker in 2006. The happy couple welcomed beautiful fraternal twin daughters in 2007. Mahoney was diagnosed with cancer in 2009 and his wife stood strong by his side and he survived. They are an example of a couple who truly support each other. 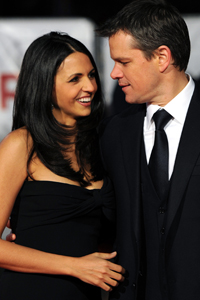 The Academy Award-winning actor and writer is one of the most talented and beloved stars in Hollywood. After dating actresses such as Winona Ryder, he met Luciana Barroso when she was working as a bartender in Miami. The two have been happy ever since and have a beautiful family of four children. This continues to be one of the strongest non-celebrity marriages in Hollywood.

Star couples who made it work in 2011
Celebrity couples we’d like to reunite
Who knew these celeb marriages would last?