It’s official: Fox is breaking up with Terra Nova. After weeks of will-they or won’t-they discussions, the network has finally made a decision. They’re canceling the dinosaur drama. 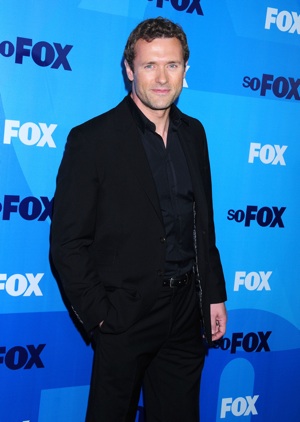 Terra Nova is no more. The prehistoric drama from executive producer Steven Spielberg is at death’s door.

Fox has officially canceled the series after one season (consisting of 13 of episodes). Despite the hype and marketing surrounding the show, Terra Nova never got the ratings the network was aiming for.

According to The Hollywood Reporter, the series averaged 7.5 million viewers and 2.6 million in the advertiser-friendly 18-49 demographic.

Unfortunately, that wasn’t enough to justify its pricey production. Terra Nova’s two-hour premiere was rumored to cost between $10 million and $20 million. If that’s just for the pilot, could you imagine the cost of a whole season?

But the actor assured fans that there’s still hope. He continued, “We’re gonna try and get another network to do it. Stand by.” Could this be true? Could Terra Nova find a new home?

Perhaps, TNT could give the series a new lease on life? They already carry Spielberg’s other sci-fi drama Falling Skies, and are known for scooping up canceled shows. They famously saved the cop-centric Southland after NBC gave it the axe. There are plenty of options on both broadcast and cable TV.

While we’re waiting for answers, Terra Nova co-star Stephen Lang is keeping busy. The actor has already landed a three-episode arc on the USA drama, In Plain Sight. And O’Mara recently appeared in the big screen comedy, One for the Money, opposite Katherine Heigl.

Are you a fan of Terra Nova? Did it deserve to be canceled?