Peter Gabriel is absolutely appalled that his music is being used by Rush Limbaugh to promote his vicious attack on Sandra Fluke. Lawyer time! 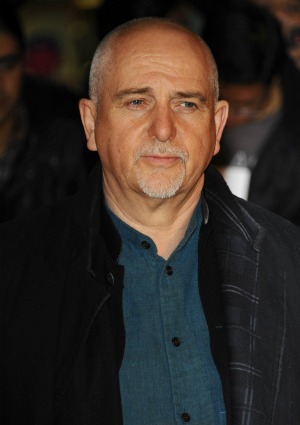 Peter Gabriel must not like sluts and prostitutes. The former Genesis lead singer is fired up about embroiled conservative radio show host Rush Limbaugh using one of his most popular songs on his show in the wake of the Sandra Fluke fiasco.

Limbaugh played the song during his infamous rant in which he called Georgetown Law student Fluke a “slut” and a “prostitute” for wanting fair access to birth control.

“Peter Gabriel has asked that this response be published when he found out that his track ‘Sledgehammer’ has been used on the Rush Limbaugh show:

Peter was appalled to learn that his music was linked to Rush Limbaugh’s extraordinary attack on Sandra Flute. [sic] It is obvious from anyone that knows Peter’s work that he would never approve such a use. He has asked his representatives to make sure his music is withdrawn and especially from these unfair aggressive and ignorant comments.”

While the statement does not specifically say this, in most situations like these an artist will also have their legal team fire off a cease-and-desist letter. If that fails, it’s lawsuit time!

Fluke isn’t buying the apology, either. “I don’t think that a statement like this issued, saying that his choice of words was not the best, changes anything, and especially when that statement is issued when he’s under significant pressure from his sponsors who have begun to pull their support,” she said during an appearance on The View.