Khloe Kardashian is getting a little lonely in Dallas, so she’s enlisting the help of pal Miley Cyrus to help her find a puppy. Find out what Cyrus recommends she adopt. 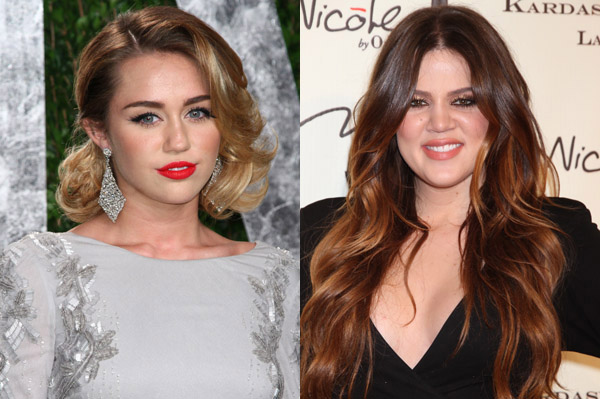 Khloe Kardashian has some serious baby fever, but it’s not for the human kind… yet. The wife of Lamar Odom tweeted her desire to adopt a dog on March 2.

“I want a puppy,” she wrote. “I just don’t know what kind I want … Hummmmmmmm decisions decisions.”

One starlet is more than happy to help her make a decision: Miley Cyrus. “@KhloeKardashian ohhhh let me help you find a rescue :),” she quickly tweeted back.

The tattooed actress is becoming quite vocal in her quest for animal rights — she started a campaign in February to raise money for various animal charities. Many fans tweeted that they donated, likely to get her attention, but she later found out some of them were lying.

Naturally, that didn’t go over well with Cyrus.

“Just got told a lot of people saying they’re donating aren’t telling the truth 🙁 we need to save the animals & lying is hurting them…” she tweeted.

“It makes me sad! All I want is 2 save the animals! Lying is hurting them more! I’d rather small amounts of $ than big lies!”

Celebrities and animal activism go together like peanut butter and jelly. Many stars strip down to support PETA, while others help their famous friends find dogs. Actress Nikki Reed was the most recent do-gooder, helping engaged actress Drew Barrymore find a rescue dog.

“I know they were interested in the little boy puppy all along, but they wanted to come in and get a sense of the dog’s personality and make sure it would get along with their other dog,” a source said.

“That is just who Drew is,” a store owner said. “She has always been an amazing advocate for shelter dogs and I am just so proud that she chose to adopt a puppy from my store!”

Tell us: What kind of dog should Khloe Kardashian get?