Elizabeth Berkley is having a baby! The former Saved by the Bell star is about to become a mother, but what have the other Bayside High alums been up to as of late? 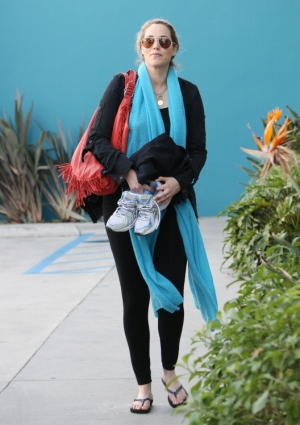 Elizabeth Berkley’s pregnancy news is out! The actress has confirmed she and husband Greg Lauren are set to become parents.

Announcing the happy news Elizabeth Berkley, seen here attempting to hide her baby bump from cameras in February, tweeted Monday, “We are so excited to share this moment and special news! The baby is due this summer.”

“In life there are moments you cherish forever and this is one of them,” the 39-year-old former Saved by the Bell star added. “We couldn’t be more grateful and overjoyed. xoxo.”

Should Elizabeth Berkley need any pregnancy or baby advice, she’s in luck. Nearly all of her former co-stars have since become parents! Here’s a peek at what the Saved by the Bell cast has been up to as of late:

Hard to believe our Bayside High besties are all grown up and have children of their own. Perhaps it’s time to see a reunion? Saved by the Bell: The Baby Class! (You know you’d watch.)

Best wishes for an easy pregnancy go out to Elizabeth Berkley!