Lady Gaga’s Little Monsters have multiplied to the tune of 20 million loyal Twitter followers! Will the legion soon be on the move to another social network? 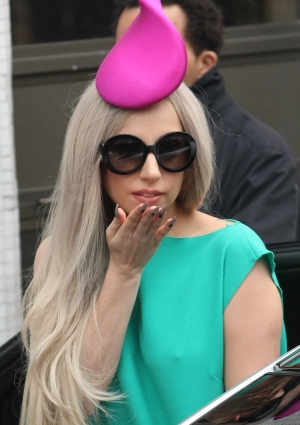 Lady Gaga has taken the Twitter crown for being the first micro-blogger to reach 20 million fans! The “Born This Way” singer reached the milestone over the weekend, but it might all be for naught — Mother Monster’s tweeting days could very well be numbered.

Despite a legion of fans, affectionately known as Little Monsters, Lady Gaga seems to think Twitter is for the birds. The 25-year-old megastar is in the process of building her own social network, appropriately located at LittleMonsters.com.

Curious fans can currently request an invite to join the network, which looks similar to the set-up of Pinterest.

Coming in as runners up in the Twitter race are Justin Bieber with 18.1 million followers, Katy Perry with a respectable 15.7 million, Shakira has 14.7 million tweeters to her name and Rihanna rounds out the bunch with her own14.5 million followers.

For what it’s worth, President Barack Obama has a comparatively modest 12.8 million Twitter followers.

So what’s Lady Gaga’s Twitter secret? It appears that while many big names turn the keys to their personal accounts over to PR professionals, the singer has chosen to continue to run the show herself. Typical updates not only keep fans current on what’s on the day’s schedule (talking about the Born This Way Foundation at Harvard, for example), but personal glimpses into the Gaga life — such as a photo of the custom-made cookies the star was recently surprised with.

As if Lady Gaga’s 20 million followers on Twitter accomplishment isn’t impressive enough, it’d be neglectful not to mention her 48 million Facebook fans and 800,000 circles on Google+.

With her own social network on the way, is there anything Lady Gaga and her Little Monsters can’t do?