Tim Tebow as the next star of The Bachelor? Host Chris Harrison wants him, but don’t get too excited about it… at least, not yet. 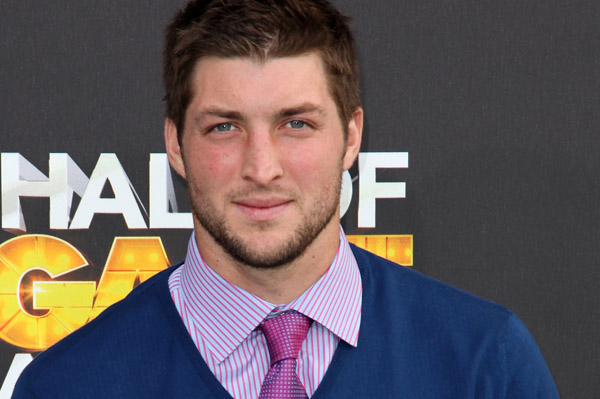 Could the country’s most famous virgin be the next star of The Bachelor? Yes, if host Chris Harrison gets his way. Harrison was on Access Hollywood with Billy Bush on Monday morning and announced his dream successor to take over for current Bachelor Ben Flajnik: Tim Tebow.

Of course, its never going to happen. “[Tebow] did say yes, he would never do it,” Harrison added. “He has a little job called quarterback in the NFL. At least for another year!”

Yeah, and Denver Broncos fans want to make sure he gets as much practice in as possible before the season starts in August. He can’t work on that throwing and running game and worry about which conniving contestant to give a rose to each week. There just aren’t enough hours in the day.

Plus, the ladies would probably have to fight over the likes of Katy Perry and his recent dinner date, Taylor Swift, for a spot in Tebow’s starting love lineup. We have to admit, though — Tebow as The Bachelor would definitely make us tune in, if for nothing else than to see how he handles dates with women who are less-than-Godly.

After all, we’re talking about the man who doesn’t drink, smoke, curse, or engage in premarital sex — all things that typical Bachelor contestants are more than willing to do to win. He won’t even say a swear word on the playing field.

“Some of my linemen would come up to me and say, ‘What is that thing that stops the water in the middle of the river?’ and I said, ‘Dam?’ and they would laugh and say, ‘We got Tim to curse,'” he recently joked to the Las Vegas Sun.

He does have some bad habits, though.

“I crack my knuckles all the time,” the 24-year-old told the New York Post. “And, my locker is an absolute mess.”

Would you watch Tim Tebow on The Bachelor?