If you’ve ever had a question for Demi Lovato, Tuesday night is the time to tweet @MTVNews and @MTV Twitter and #AskDemi. 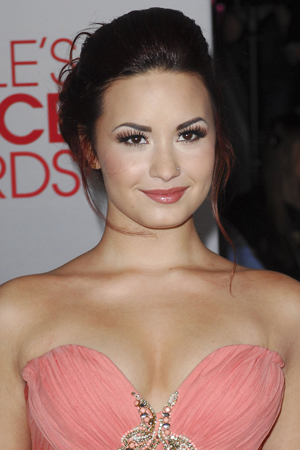 Actress and singer Demi Lovato has had her share of troubles when it comes to the Hollywood spotlight, leading her to self-medicate with drugs and alcohol and check into rehab. Now equipped with strength and sobriety, she’s not only baring it all in a new documentary, but has also agreed to appear live on MTV to answer viewer questions.

The one-hour television special, Demi Lovato: Stay Strong, follows the young Disney Channel sensation as she returns to touring (she canceled her tour with the Jonas Brothers in 2010 to seek treatment for “emotional and physical issues“). Viewers will also meet her family as she spends Thanksgiving 2011 with her loved ones and revisits the Dallas treatment center.

MTV announced on Monday that the documentary will be followed by a live Q&A special, hosted by MTV News correspondent SuChin Pak. Fans can take part in the conversation on Twitter by using the hashtag #staystrong, and may submit questions to the @MTVNews and @MTV Twitter accounts with the hashtag #AskDemi.

The post-documentary special will also feature some deleted scenes from Stay Strong and give viewers a first look at Lovato’s appearance on the return of MTV’s candid camera prank series, Punk’d.

Demi Lovato: “I’ll fight for the rest of my life”
Best and worst dressed at the 2012 People’s Choice Awards
Splitsville for Demi Lovato and Wilmer Valderrama?