Reba McEntire sat down with Oprah’s Master Class to discuss her rise to the stratosphere of the entertainment industry, and she shared one of the most important lessons of her life: Cherish every day.

Related story Oprah-Loved Barefoot Dreams Is Having a Black Friday Sale on CozyChic Sweaters, Loungewear & More Up to 65% Off 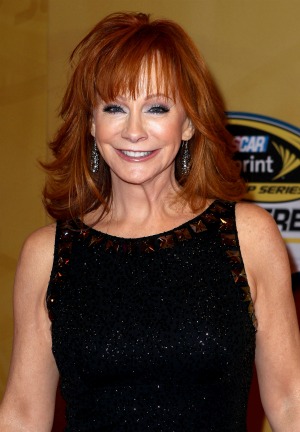 Country superstar Reba McEntire has seen the highest highs and the lowest lows in her long career, but the one thing that still haunts her is the plane crash that took the lives of eight members of her road band in 1991.

Chris Austin, Kirk Cappello, Joey Cigainero, Paula Kay Evans, Jim Hammon, Terry Jackson, Anthony Saputo and Michael Thomas, as well as pilot Donald Holmes and co-pilot Chris Hollinger, were all killed when the charter jet they were flying to the band’s next gig crashed into the side of Otay Mountain in San Diego, California.

McEntire explained the events surrounding the accident during her appearance on Oprah’s Master Class and said it taught her one of the most important lessons she has ever learned: To cherish every day.

“One of [the planes] took off, and when the other one took off, the tip of the wing of the airplane hit a rock on the side of Otay Mountain, and it killed everyone on the plane,” McEntire remembered. “When we were notified, Norville [Blackstock, her husband and manager] went and met with our pilot, and he told us what had happened. And Norville came back to the hotel room where I was — it was two or three o’clock in the morning — and he said one of the planes had crashed, and I said, ‘Are they OK?’ He said, ‘I don’t think so.’ I said, ‘But you’re not sure?’ He said, ‘I don’t think so.'”

“Norville was going room to room with a phone and calling…” At this point McEntire was overcome with emotion remembering the tragedy.

“I’m sorry — it’s been 20 years, but it’s just like — I don’t guess it ever quits hurting. But I can see that room. I can see Norville walking back and forth.”

“It was a huge outpour of friends and the community, family, that were there for us, but nobody could replace the ones that we love so much that we lost,” she explained. “And that’s one of the questions I’ll ask God when I get up there: ‘Why’d you take them so quick? They had so much more to give, and we had so much more to learn from them.'”

McEntire later recorded the album For My Broken Heart in memory of her fallen friends.