We knew it would happen sooner or later. Get ready for Animal House: The Musical! The college comedy is heading to Broadway and getting a little help from the Barenaked Ladies. 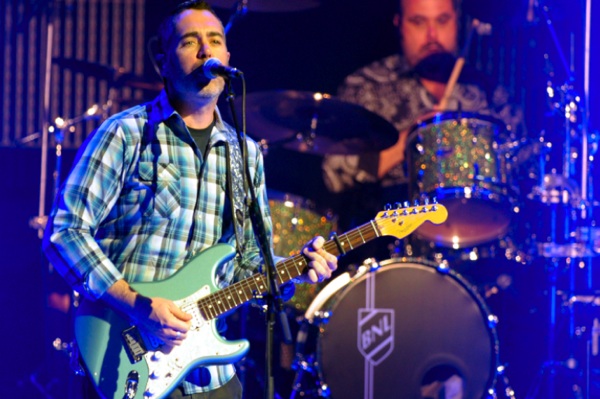 Following in the musical steps of Billy Elliot and Bring it On is National Lampoon’s Animal House. The 1978 comedy is heading to Broadway courtesy of Universal Pictures Stage Productions and the Canadian rock band, the Barenaked Ladies.

According to The Hollywood Reporter, a stage adaptation of Animal House is being developed by Tony Award-winner Casey Nicholaw (The Book of Mormon), who’s signed on to direct and choreograph the production.

Animal House: The Musical will feature original tunes from the Barenaked Ladies, who are best known for their hits “One Week,” “Pinch Me,” and the opening theme for CBS’ The Big Bang Theory. Michael Mitnick will write the stageplay, based on the film’s script by Harold Ramis, Douglas Kenney and Chris Miller.

The original Animal House featured a who’s who of up and comers, including Tim Matheson, Karen Allen, the late John Belushi and a very young Kevin Bacon.

“Set in 1962, the Landis comedy chronicled the efforts of a college dean to expel the disreputable Delta House fraternity from his campus for repeat conduct violations and poor grades, using the squeaky-clean Omega boys to implement his plan. But the party animals proved no easy prey, responding with a counter-attack that culminated in the sabotaging of the annual homecoming parade.”

The film was a huge box office success. It grossed over $141 million worldwide, and was budgeted for a mere $2.7 million.

As for the musical, no cast or production dates have been announced.