Patricia Heaton joins the current contraceptive debate but backtracks over comments she made regarding Sandra Fluke. Heaton received negative attention over the weekend when she openly sided with Rush Limbaugh in the wake of his controversial statements about Fluke. 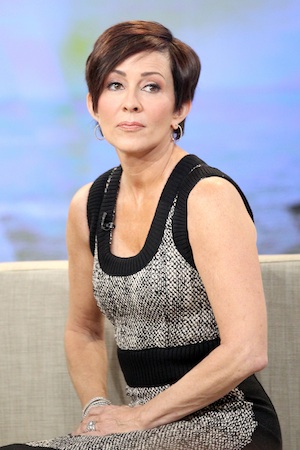 You may have heard the controversy surrounding the comments made by talk show host Rush Limbaugh last week. While we won’t get into too many details surrounding the firestorm, the Emmy award–winning actress Patricia Heaton put herself in the mix when she took Limbaugh’s side last week via Twitter.

Rush Limbaugh started an uproar — and ruffled plenty of feathers — when he called Sandra Fluke a “prostitute” and a “slut” in response to her statement to Congress that birth control is a need for many female students in college. Fluke, who is 30-years-old, is a Georgetown University Law student and testified before Congress on the merits of requiring health insurance companies to cover the cost of birth control.

That’s when Patricia Heaton chimed in on Twitter via a series of tweets. She wrote on Feb. 29: “Hey G-Town Gal: Plz let us also pay for your Starbucks, movie theater tickets and your favorite hot wings combo deal at KFC! Anything else?”

“Hey G-Town Gal: If your parents have to pay for your birth control, maybe they should get a say in who you sleep with! Instant birth control!”

Heaton may have received some significant backlash. Just hours later Heaton deleted her account and didn’t restore it until Saturday when she issued Fluke an apology over Twitter.

“Just caught up on all the debater re Ms. Fluke’s testimony. Mea culpa! We have diff opinions but I was too flippant in my attempt at humor”

“Mea culpa Sandra! Wasn’t being respectful 2 u re my tweets as I hope people wd b w/me. Don’t like you being dissed -so sorry.”

About four hours ago, Heaton commented again on the story. “I apologized to Ms Fluke last week. I may not agree with her views but I didn’t her with respect and I’m sorry. I was wrong. Mea culpa.”

Mea culpa is a Latin phrase which translates to “my mistake” or “my fault.”

Patricia Heaton is an open Republican and currently stars in The Middle on ABC.