Hayden Panettiere has been cast in a new pilot for ABC as a has-been country singing sensation alongside General Hospital’s Jonathan Jackson. 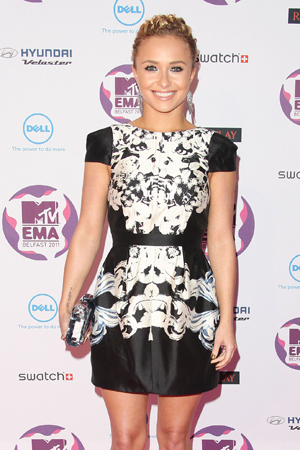 If you are still mourning the 2010 finale of Heroes, here is some good news for you: Actress Hayden Panettiere is making her return to primetime television! Rather than messing around with superpowers, she will be showcasing her own underrated talent — her singing voice.

Panettiere has been cast in Nashville, an upcoming pilot for ABC centering on the local music scene. The upcoming dramatic soap revolves around a 40-year-old superstar, Rayna James, whose star begins to fade. The Heroes alum plays the role of teen sensation, Juliette Barnes, whose sales have been underwhelming and is forced to tour with the fading veteran singer in order to revive her flagging career.

The actress confirmed the news on her Twitter account.”I’m thrilled to announce I’m doing the new Abc show Nashville!” she tweeted. “I can’t express how humbled and thrilled I am to be a part of this!”

Jonathan Jackson has also been cast in Nashville, along with Robert Wisdom, Powers Boothe and Clare Bowen. The pilot will be directed by R.J. Cutler and is written by Thelma & Louise screenwriter Callie Khouri.