The past few months have found Nick Cannon in the emergency room twice. What lies ahead for the host of America’s Got Talent? A healthier lifestyle, he says. 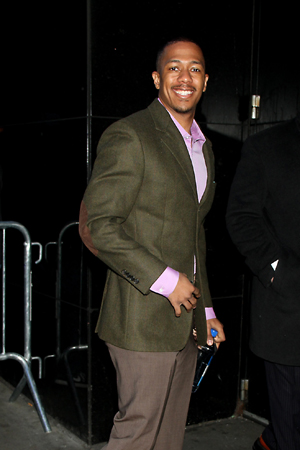 Nick Cannon sat down with Good Morning America this morning for his first television interview since his hospitalized health scare, and shared details on his newfound condition and changed lifestyle.

“I scared a lot of people. I scared myself,” he explained. “The technical term is lupus nephritis. It’s a rare form of lupus that’s just attacking my kidneys. They thought it was just kidney disease and then they were trying to figure out why my immune system was attacking my kidneys and that was sort of the root of it all.”

Cannon expresses that though it’s been a roller coaster, he’s thankful the scare is happening now rather than later.

“My kidneys were in tip-top shape but I started to feel pain again. And because of my schedule and everything, I had a few blood clots in my lungs which then affected my heart as well. A lot of people have passed away from that, and the doctor said, luckily I was in such great shape and taking care of myself, because a lot of people have been taken down by it.”

Cannon will continue to host America’s Got Talent and his syndicated show, Cannon’s Countdown, but has already stepped down from his radio show.

“I have been ordered to sleep at least six hours a night,” Cannon said. “They say rest is probably the best medicine. I’m dealing with it. Of course I’m not used to the medicines, but I feel like I’m starting to figure out a lot of holistic ways, meditation and stuff to get through it… the diet is the worst part. I can’t have any fast food anymore… no Happy Meals, nothing.”

He says he’s in good hands with his wife Mariah, whom he calls “Dr. Carey.”

“She made me an egg-white sandwich before I left the house this morning,” Cannon said. “Those are the things I have to be eating now, no more bacon. She takes care of me, makes sure I’m eating what I’m supposed to be.”