The first family of reality television is returning to primetime with The F’n Osbournes — but not without a twist. 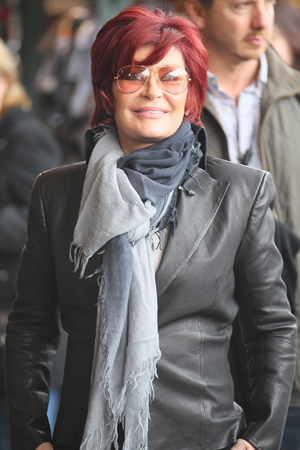 Before television audiences were asked to begin Keeping Up with the Kardashians or welcomed into Run’s House, we fell in love with The Osbournes on MTV. Heavy metal legend Ozzy Osbourne and his wife Sharon were adorable together, Kelly Osbourne was just another teenage girl trying to make it in the music industry and Jack Osbourne was constantly fighting with her — just your average American family!

Though their reality television show ended back in 2005 after four successful seasons, the Osbourne family is returning to primetime television — thanks to Canadian animation house Cuppa Coffee Studios. The 20-episode animated series The F’n Osbournes will be shopping for a network next month.

“Teaming up with Cuppa Coffee has spawned a great opportunity to produce a unique animated prime-time show,” said Sharon Osbourne. She and Jack Osbourne will both serve as executive producers and be part of script development.

Adam Shaheen of Cuppa Coffee created the cartoon series and will also serve as executive producer.

The idea to develop an animated version of The Osbournes follows the recent success of Fox’s cartoon series, Napoleon Dynamite. Will Kim Kardashian and her family ever be transformed into animated characters after all their spin-offs eventually end? We’d also love to see an animated series compiling all the crazy characters of the Real Housewives franchise!

Read more updates from The Osbournes

Osbourne family tragedy on Christmas: Who died?
Kelly Osbourne is a klutz
Sharon Osbourne’s pampered pooches have a nanny