Kate Middleton is amping up for her first speech as the Duchess of Cambridge. How will she do? If her past appearances are any indication, she’ll shine! 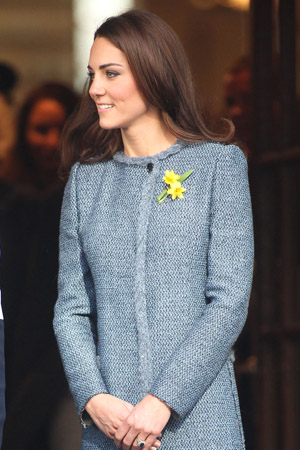 The Duchess of Cambridge has impressed nearly every royal watcher with her poise and confidence in the year since she became Prince William’s wife. Now, Kate Middleton is set to expand her royal “brand” with her first official speech on March 19.

Middleton, 30, will give a speech at The Treehouse, a hospice service run by East Anglia’s Children’s Hospices (EACH), one of her many charities, on March 19. While there, Middleton will get a private tour of the hospice’s various services, including sensory and music rooms. She’ll also get some one-on-one time with children receiving support from her charity.

“The visit will showcase the magnificent facilities we can now offer to local life-threatened children and their families, and celebrate the supporters of The Treehouse Appeal,” said Graham Butland, EACH Chief Executive, according to People. “Having our work recognized in this way by Her Royal Highness is not only a tribute to our staff and supporters, but a huge boost for the children, young people and families receiving our care and support.”

The pretty princess is also set to deliver shamrocks to 40 Officers and Warrant Officers on St. Patrick’s Day.

Middleton has kept busy in the weeks since Prince William left her for a deployment in the Falkland Islands. She’s visited with schoolchildren, revealed the name of the couple’s dog and even found time for a tea with her stepmother-in-law, Camilla Parker Bowles, and Queen Elizabeth II.

That’s not to say she hasn’t kept up with her hubby’s shenanigans while he’s been away.

“She was explaining how they have been speaking,” a spy said of her visit to the Rose Hill Primary School in London. “And William said he has seen penguins!”