Lindsay Lohan hosted Saturday Night Live in an attempt to revive her career — but the move may have backfired. Read on to see why. 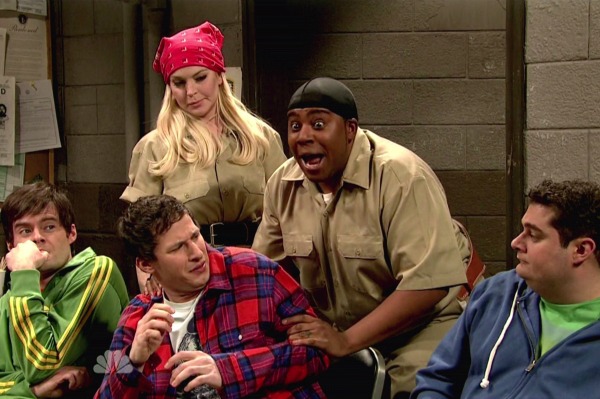 Lindsay Lohan is no Justin Timberlake. While both are former Disney stars who enjoyed huge success post Mouse House, Timberlake’s comedic talent shines through when he hosts Saturday Night Live. Lohan? Not so much.

While the troubled starlet was totally game for openly mocking her multitude of legal troubles, her delivery was awkward, forced and unprepared. She read her lines straight off the cue cards and had little sense of comedic timing.

Lohan’s sketches included one in which she played a prisoner trying to scare kids into staying away from a life of crime, a Real Housewives of Disney satire and an opening monologue in which she joked that if she left the stage her ankle monitor would go off.

“First you hang out with all the mean girls and then you get accused of stealing a diamond necklace!” she joked in the “Scared Straight” sketch.

Criticism of her performance was swift and harsh. Entertainment Weekly described the Mean Girls star as the “worst host of the year,” and The Los Angeles Times said “Lindsay’s comeback train is stuck at the station.”

Anne Hathaway and Lindsay Lohan: Not much difference >>

Despite the negative vibes, Lohan nabbed SNL its second-highest ratings of the season, coming in behind only NBA legend Charles Barkley.

Lohan herself was perfectly happy with her performance, with sources close to the star telling TMZ that while she knows it wasn’t a perfect show, she’s proud of her work.

Tell us: Did Lindsay Lohan totally suck on SNL?