Bobbi Kristina Brown is ready to break her silence over the loss of her mother, Whitney Houston, and all those rumors surrounding her trips to rehab. Who better to open up to than Oprah? 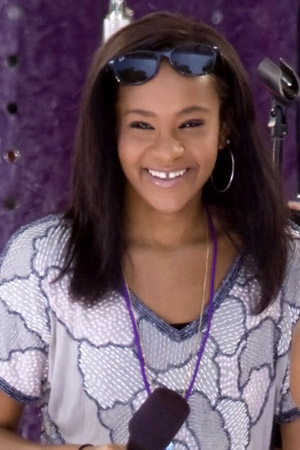 It’s only been a few weeks since Whitney Houston died unexpectedly in her Beverly Hills hotel room. Her only daughter, Bobbi Kristina Brown, was left to pick up the pieces after her mother’s death and many are wondering how she’s coping.

We’re about to find out: Oprah Winfrey has reportedly snagged the first interview with the 19-year-old, according to the Associated Press.

Bobbi Kristina — along with her aunt and uncle, Patricia and Gary Houston — will appear on Oprah’s Next Chapter, scheduled for air on March 11. The talk show queen was reportedly one of the guests invited to Houston’s funeral in Newark, New Jersey in February.

“There was a part of me that felt, wow. She is now at peace. She doesn’t have to be tormented anymore. She is free. Her soul is free,” Oprah said after the “I Will Always Love You” singer’s death. “Her voice was a gift to the world. I feel that every time you heard her sing. You got to hear a piece of God in her voice.”

Houston sat down with Oprah for a 2009 interview where she talked about everything from her relationship with ex-husband Bobby Brown to her drug use.

Will Oprah ask Bobbi Kristina about her rumored drug abuse problems, or will she stick to talking about her mom? It’ll be an emotional interview, regardless.