This week on the Jersey Shore, JWoww plans a non-traditional anniversary celebration for her and Roger while Mike schemes to finally come clean to Jionni about his sordid hook-up with Snooki. Will we finally know what happened between the two of them? Read on to find out! 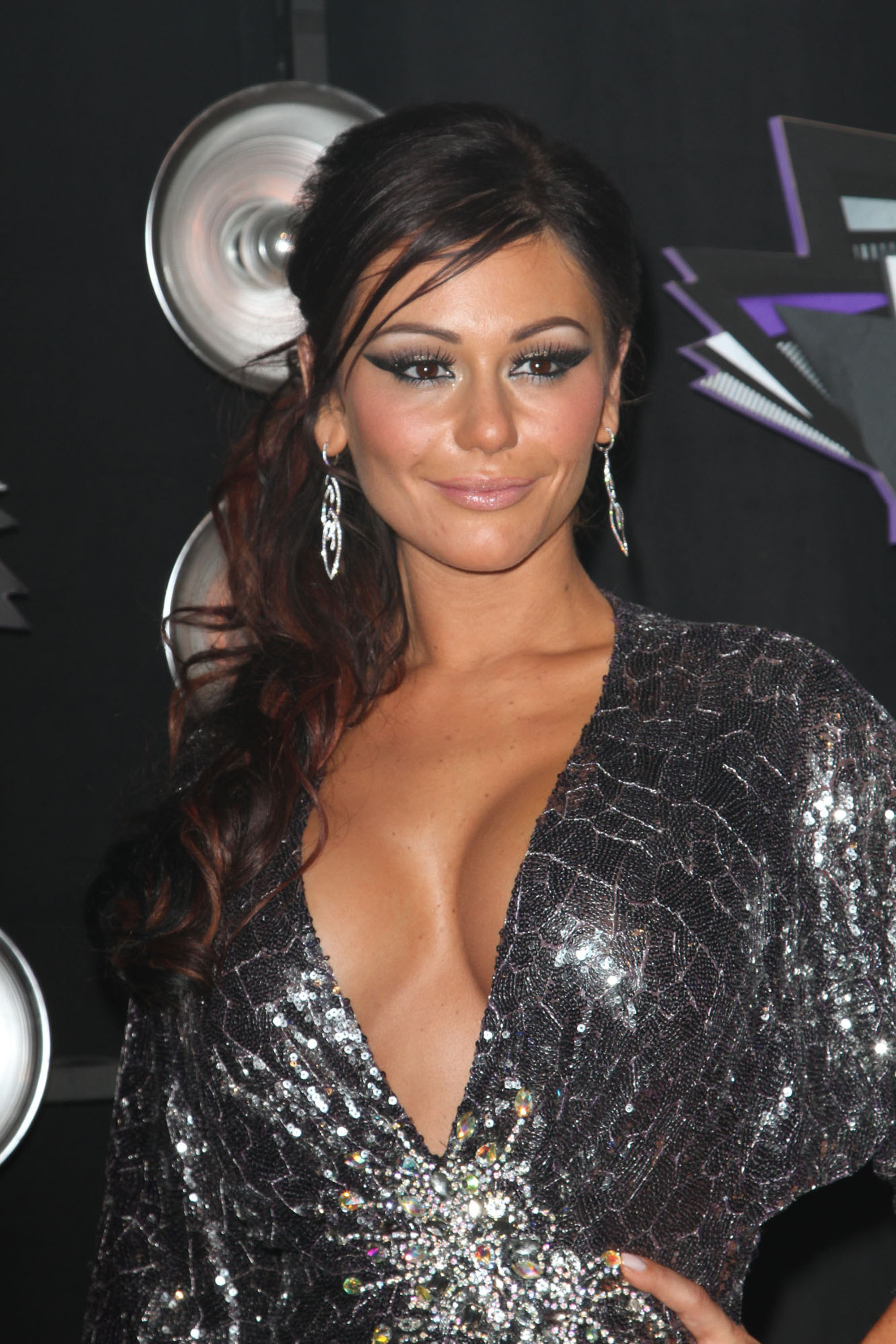 Before we get down to details of JWoww’s anniversary and Mike’s manipulation, let’s answer the question we’ve all been wondering after watching Snooki and Vinny’s adorable dance party on the pier last week: Did the two take it a step further? Sadly, no. Although Snooki did confess that if Jionni wasn’t in the picture, she’d be all about it. Sigh.

Deena, Pauly D, Mike and Vinny kicked things off with a trip to the club and ended up taking a minor trip down memory lane when they ran into former castmate Angelina, aka the Staten Island dump. However, absence doesn’t make the heart grow fonder at the shore, because the tan foursome kept it moving without stopping for a heartfelt reunion with the self-proclaimed Kim Kardashian of Staten Island.

Mike and Pauly struck out with their DTF ladies once they made it back home thanks to tampons and shy personalities. Maybe they should have stopped to chat with Angelina after all?

The next morning, the Situation decided to order the roommates breakfast and tipped the delivery guy with protein powder, which got us thinking he’s both cheap and planning to stir the pot in the near future.

Meanwhile, JWoww made a trip to the sex shop with Deena and Sammi to pick up some supplies for her and Roger’s one-year anniversary. Ever the romantic, JWoww purchased a kit to make a mold of her lady parts along with some furry handcuffs and rose petals to decorate the smush room. Call us old fashioned, but whatever happened to lingerie and a nice dinner?

Her plan for an evening in with her man was momentarily derailed when Pauly and Vinny took the fluid-soaked smush room mattress out of the house in protest of the couples taking over, but thanks to her Madonna muscle arms, JWoww dragged it back in, germs and all.

Next up, the roommates made their way to Karma, and our suspicions about the Situation were confirmed when he plotted (again!) to come clean with Jionni about his hook-up with Snooki and enlisted the Unit’s help to carry out his plan. Unfortunately, the Unit had a bit too much to drink and got arrested on the walk home. Not one to be deterred by the loss of his wingman, Mike woke up the next day and asked Jionni if they could have a quick talk outside while the rest of the house slept.

Will Mike finally spill the supposed details about him and Snooki to Jionni, or will the meatball wake up just in time to put a stop to the Situation? Looks like we’ll have to wait until next week to find out!

Tell us: Do you think Snooki and the Situation really hooked up or is he lying? Sound off in the comment section below.