After splitting from Russell Brand, Katy Perry performed her new song “Part of Me” and is already brainstorming how to share her darker side with her fans. 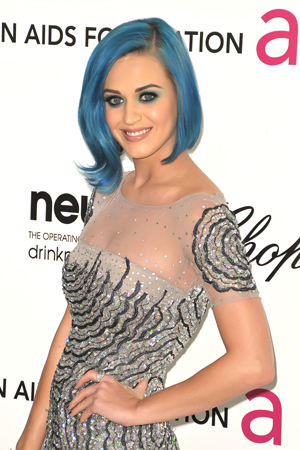 Katy Perry‘s songs like “California Gurls” and “Last Friday Night (T.G.I.F.)” remind us of tracks from the Go-Go’s, Madonna, the Bangles, Toni Basil — in other words, what Kristen Wiig refers to as “really happy, fun music.”

However, the newly-separated pop singer responded to Wiig’s comment with shocking confidence: “Yeah, well, my music is about to get real f***ing dark,” she told in a news feature by Wiig in Interview.

Perry already gave the world a sneak peek of her new material at this year’s Grammy awards by performing “Part of Me,” which seemed to narrate the end of her marriage to Russell Brand.

“I’ve been thinking about my future and what the next move is in terms of what I need to do. I think it would be pretty stupid to try and redo this last record that had all of this success,” she told Wiig. “Maybe it’s time to do something that’s different that can’t be compared,” Katy said. “I just feel like I’m going to be criticized regardless of what I do next, so I might as well do something that I feel really passionate about.”

The singer also explained that she is very upfront with her fans about being honest as an artist.

“I feel like I give a lot — and I’m not talking about in a numbers sense or a money sense, even though that is there. I feel like I give a lot of energy and do a lot of work. My job is for the people. It’s for the public. It’s for their consumption. So I’ve done a lot in that way, and I see that the hard work has finally paid off. It has taken a long time — and I feel like I’ve earned a lot of it — but the stars have aligned for me in some ways. I’ve just always been very aware and careful of everything, so that I can be ready for the perfect opportunities as they come.”