Her whole universe must be in a hot, dense state — Kaley Cuoco of The Big Bang Theory and Josh “Lazie” Resnik have quietly ended their engagement.

Related story The Skin-smoothing Device Loved by Kaley Cuoco & Taraji P. Henson Is 30% Off Today Only 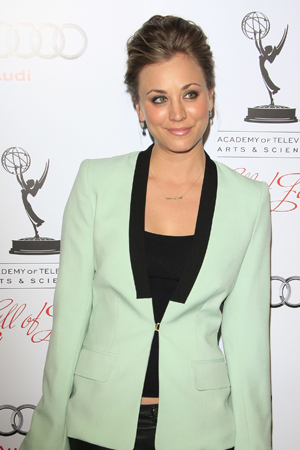 Last October, actress Kaley Cuoco of The Big Bang Theory announced her engagement to Josh “Lazie” Resnik, an addiction specialist. However, at some point over the last five months, the newlyweds-to-be quietly broke off their engagement, and she is only mentioning it to the public now.

Cuoco told Entertainment Tonight this week that she was no longer engaged. The subject came up when the Big Bang Theory star was asked if she took inspiration for her upcoming nuptials from the recent wedding of costar Kunal Nayyar.

“I’m not engaged anymore, so no,” she said. “But in general, yes. For my future wedding, yes!”

It’s unclear when the engagement was called off, who did so or why, but Cuoco has always preferred to keep her personal life under wraps as much as possible. She also quietly dated Big Bang Theory co-star Johnny Galecki for two years, so it’s no shock that she likes to keep her love life private.

The couple never announced an official wedding date after his surprise proposal.

“The surprise proposal took place during a quiet date night at home,” their rep said. “The couple is very happy and excited to begin planning their wedding.”

“Thanks to everyone’s well wishes! So sweet and means a lot to us! #ecstatic,” Cuoco tweeted back in October, after announcing the engagement to the public.